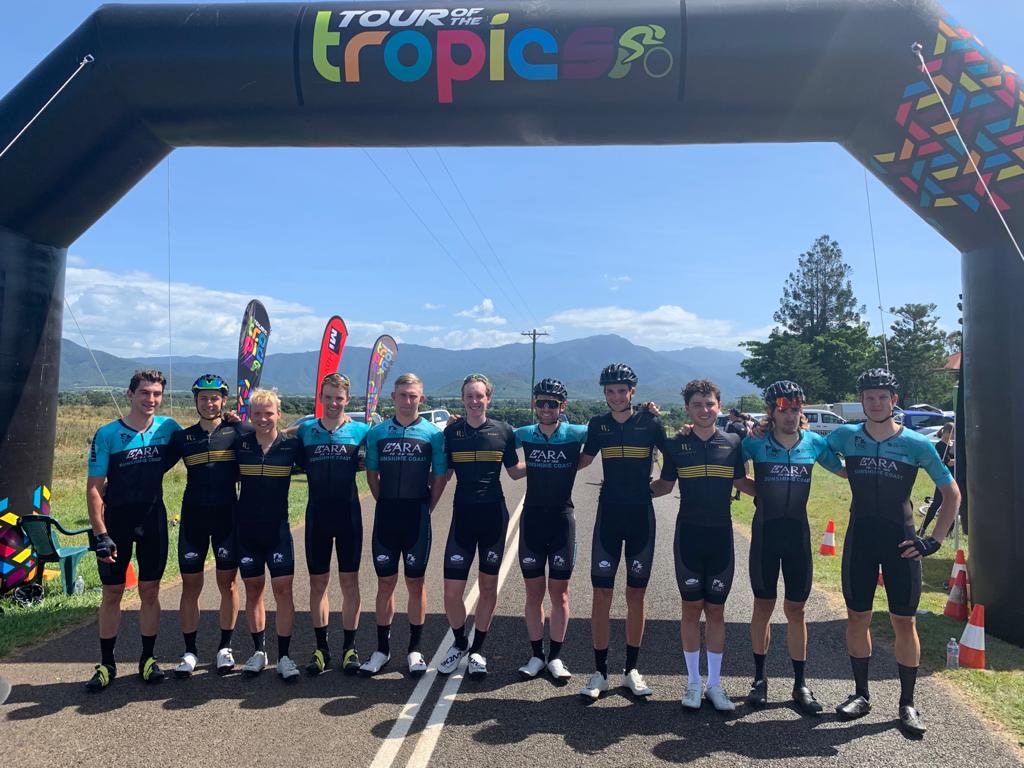 Five professional cyclists visiting Cairns for the annual Prime Tour of the Tropics have swapped their bikes for snorkels to watch a turtle being released on the Great Barrier Reef today (August 14).

Tourism Tropical North Queensland (TTNQ) Chief Executive Officer Mark Olsen said the third Prime Tour of the Tropics on August 15-16 was the first of several reformatted national sporting events to be held in the Cairns and Great Barrier Reef region.

Tour of the Tropics Chairman Nick Loukas said the reformatted 2020 event consisted of two stages of cycling over two days to bring cycling to the Cairns community which has a reputation for welcoming athletes from around the world.

“The first stage is a kermesse-style circuit through Gordonvale’s cane fields before migrating into the heart of the city to race a closed road, close-format circuit taking in the stunning Cairns Esplanade and Riley, a Crystalbrook Collection Resort,” he said.

“Next year Tour of the Tropics will return to a five-stage, three-day tour with the addition of an exciting new one-day event.”

Ex-world pro-rider Henk Vogels said he and his team of 12 from the Australian Cycling Academy on the Sunshine Coast were excited to be competing and holidaying in Cairns.

“Competing in the Cairns region has been high on our list of must-do events as it offers exciting racing in picturesque locations and the opportunity to relax in one of Australia’s best-known holiday destinations,” he said.

“On Sunday the whole ARA Pro Racing Sunshine Coast team will take the plunge with a bungy jump and jungle swing at AJ Hackett Cairns in the rainforest.

“Today our advance party of five has the opportunity of a lifetime to visit the Great Barrier Reef aboard Down Under Cruise and Dive’s boat Evolution to watch a turtle returning to the wild after being cared for by the volunteers at the Cairns Turtle Rehabilitation Centre.”