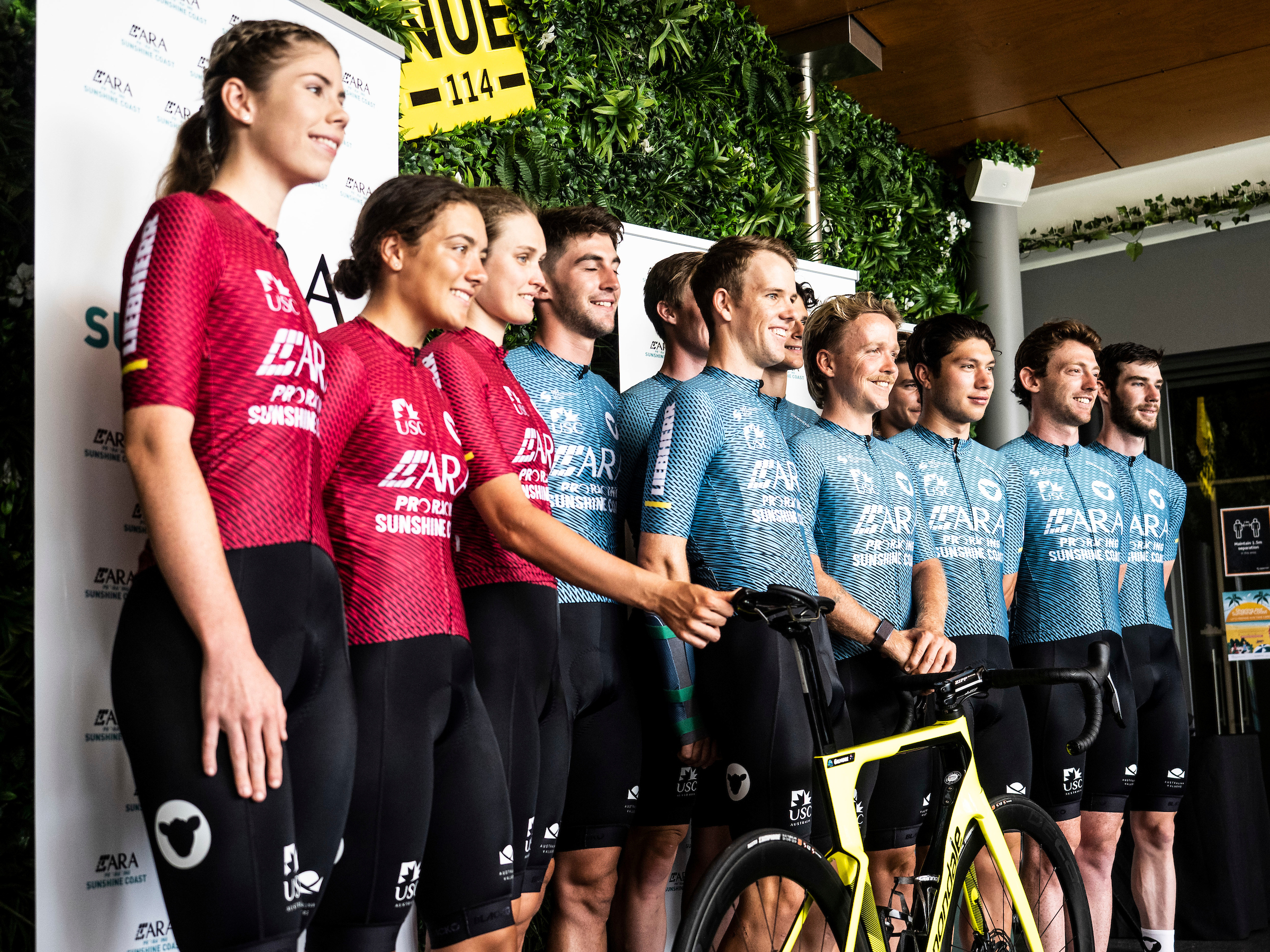 The Coast’s professional cycling team have set their sights on attacking and triumphing at top level events across the country after bolstering ranks ahead of the new year.

A total of 10 new riders will join the team, with a number of the 2020 crew sticking around too.

ACA Director Ben Kersten said the improved line-up and new initiatives would take the team to new heightsnext year, with the men’s and women’s teams targeting victory on the National Road Series.

It’s set to be a big season, with the Coast team able to attack the series on home roads for the first time when the four-day Cycle Sunshine Coast Tour arrives in October.

“We’re committed to upholding our founding ‘live, learn, ride’ principles for next season by targeting some quality and consistent performers including climbers and time-trialists to strengthen the team where we’ve been weak in the past,” he said.

“Our two prime signings are Angus Lyons and Jay Vine who both cleaned up in the National Road Series last week, securing wins in a series road race and finishing in the top 10 in multiple stages.

“We’re sure they’ll layer the team and strengthen our capabilities in climbing and general classification.

The team’s launch day followed what was a scary start to the month for some.

ARA-Pro Racing Sunshine Coast’s Cameron Scott fractured his pelvis after crashing into the back of a police motorbike during the final day of the Tweed National Road Series on December 6.

It caused a mass pile up with numerous riders getting injured.