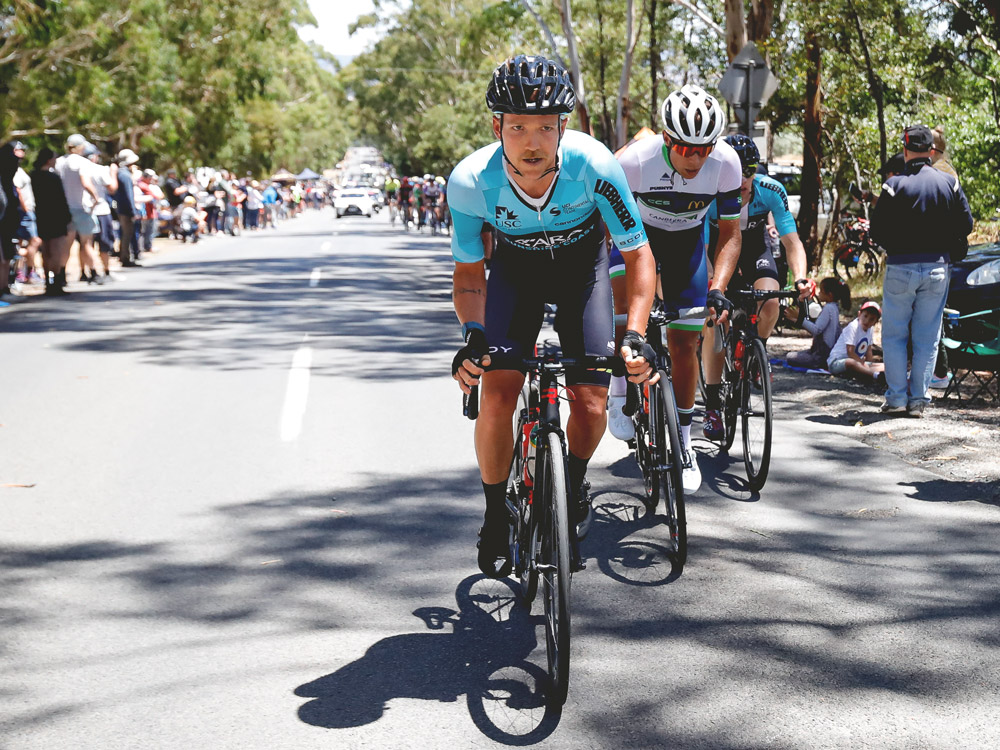 The nation’s top riders are braced for the rolling 37km course, which boasts a tough 1.2km incline at 6.4 per cent towards the finish line.

The University of the Sunshine Coast-based team will boast strong squads in the men’s and women’s races, on Zwift, on Saturday.

“With Al, he’s only 61 kilos, so for him that sort of finish should suit,” Shaw said.

The 25-year-old was 10th in the opening event, on a flat circuit.

“I think he’s in a really good spot. He’s been focusing on trying to win the Paralympics over a 4min20 event (individual pursuit) and with this finish having a really hard hill for the last three minutes …. there’s some good synergy.

“It’s a good little test for him against able-bodied athletes and he’s showing his Paralympic campaign is on track by going toe to toe with those guys, and it (this course) certainly suits.

“These shorter races are something we’re trying to use as a stepping stone towards the Paralympics.”

Meanwhile, de Riter is on the comeback trail after an accident.

She crashed on the final turn of a road race earlier in the year, suffering concussion.

“She’s since worked her way back to shape and these shorter races are important for her.

“Doing these E-Sports races is a really good stepping stone back for her, just because it’s so controlled.”

Shaw said de Riter had plenty to offer in the sport, particularly on the track.

“She’s not in the Olympic program but … she’s someone who could come back and surprise a lot of people,” he said.

The virtual series was introduced after restrictions were placed on road racing due to COVID-19.

ARA Pro Racing Sunshine Coast riders and coaches have largely lauded the racing for its intensity.