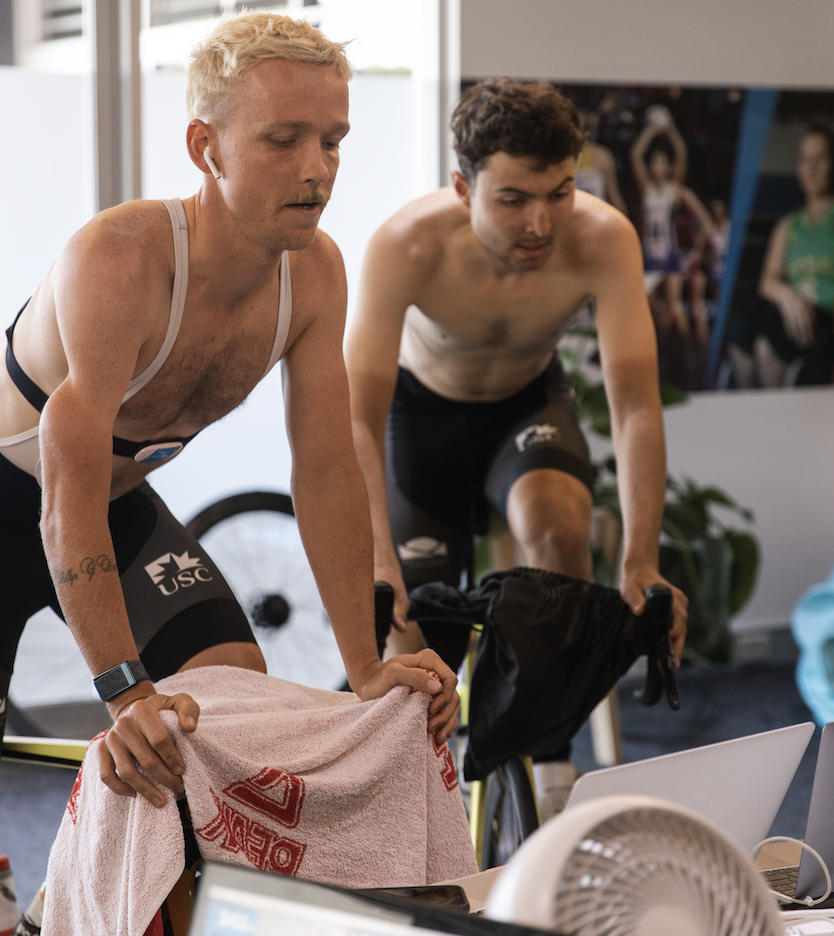 Alistair Donohoe was again the team’s best performer, finishing 11th, on Saturday, while a couple of the squad’s young guns hung tough in the 37km race, which included a 1.2km uphill finish at 6.4%.

“Being in the top 30, it shows they’re competing at a high national level against many professional riders. And at 18, 19 years old, that’s a good result.

“It shows they’re getting on that pathway.

“I think it’s important for our young guys to celebrate that they’re in that (group) but we want to keep challenging (the team) to get on the podium and for a win.”

“He’s a talented climber and quite a good time triallist and he’s going from strength to strength,” Shaw said.

“It’s taken him a little bit to settle in … but he’s starting to show his results at this national level against the seniors.”

He got valuable experience amid open company in the Herald Sun Tour earlier this year.

Meanwhile, Buderim product MacKellar, 18, is already well-known on the local cycling scene and beyond.

He’s also a force on the track, breaking the Queensland under-19 3000m individual pursuit record at Brisbane in February.

Paralympic medal prospect Donohoe was the team’s strong point again on Saturday, after finishing 10th in event one.

“There were huge power numbers from him,” Shaw said of his drive towards the finish line.

“It was only one watt off his best three-minute effort, so to do that at the end of a hard race shows he’s getting better and better.

Donohoe has his sights on the individual pursuit in Tokyo, along with the time trial and the road race.