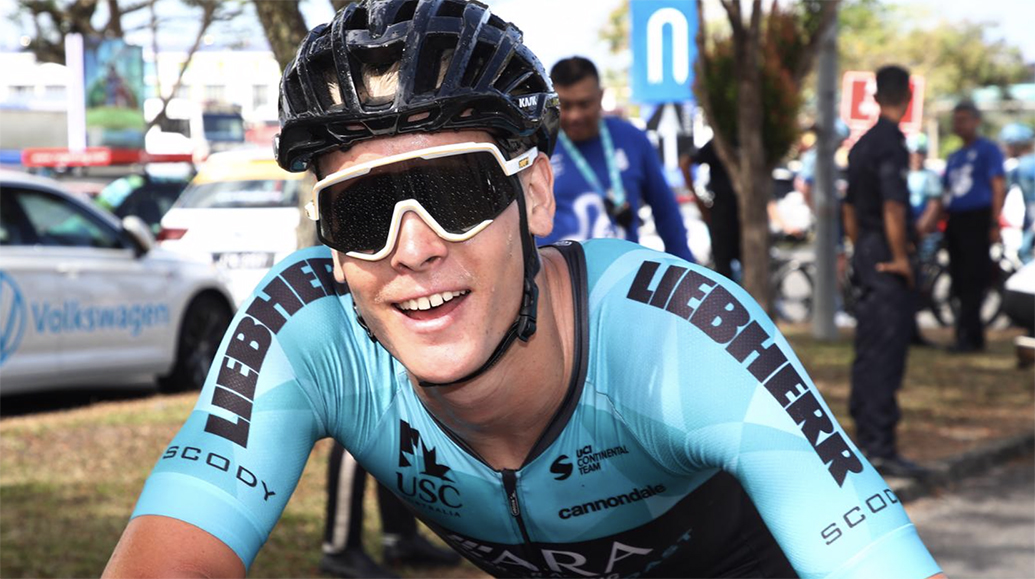 ARA Pro Racing Sunshine Coast sports director Stuart Shaw says the online national series is “perfect” for the team while there are restrictions on large gatherings.

The team featured prominently in the opening event on Saturday, with several members among the front group during the men’s 31.5km race, which was ultimately won by Graeme Frislie.

Members of the squad also competed in the women’s race, which was won by Vicki White­law.

“In this period, it (online racing) is perfect for us to do,” Shaw said.

“There’s a lot of upskilling for us to catch up to some of the guys who race on that platform all the time and it is still a game, so there are quite a lot of intricacies that are different to racing in real life, but the team did really well.”

It was an intense almost 40-minute effort.

“We had quite a lot of guys left in the front group (after a split) and the (finish) sprint was pretty close,” Shaw said.

“It was probably a bit hard for our best sprinter, Taj Jones, but there were really good signs with him, being in that group, in such a tough race.”

Alistair Donohoe was best of their riders, finishing in 10th place.

“He’s been training for the Paralympics and that result shows he’s tracking really well,” Shaw said.

“That (national title race last year) was about five-and-a-half hours and this was a 40 minute race, so it’s really good for Michael to be doing these types of races, to get that high-end power back up.”

There are five rounds of the series, on Zwift, remaining.

“They are light and when the races are a bit hilly, then we’ll see them a bit more.”

Shaw said the team’s riders had produced “some of their biggest power numbers” during Saturday’s race.

“The numbers were huge for the efforts they were doing.”

But they lacked some cohesion.

“Normally we’d get a lot of good organisation in a real, live race but in that (online) race there was not a lot of opportunities to do a lot of teamwork.

“I guess that was probably the big difference. It was basically how hard you could pedal.”