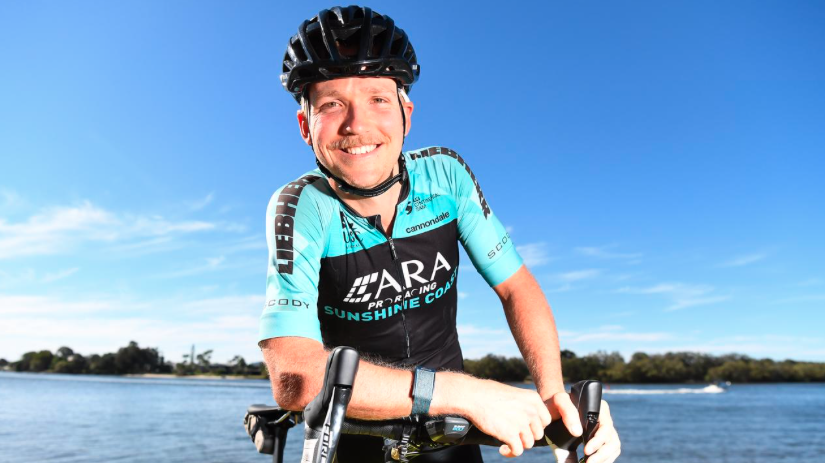 Alistair Donohoe wants redemption in the road race at next year’s Paralympics, where he’s intent on making an impact in multiple events.

The 25-year-old is in line for a berth at the Games after impressing on the national and international stage.

He’s determined to be a bold presence in the individual pursuit, time trial and road race at Tokyo.

He’s training hard for the former but, after a freak incident at the Rio Games, Donohoe’s particularly driven to win the latter.

“I’m focusing a lot of the preparation on the (4km) individual pursuit,” he said.

“I was world champion in it last year and it’s one I can definitely win.

“You can control the controllables and you know going into it how well you can do.

“But on a personal note, there’s a bit of vindication coming from Rio, where I got knocked off with about 50m to go in the road race when I was going to win.”

Donohoe ultimately finished fifth and the rider who took him out was disqualified.

“That one kind of has a personal touch to it and obviously that’s one I want redemption in and that’s my favourite event,” he said. “But it’s also the one you can control the least, like what happened in Rio.

“I was going to win, and someone took me out, so you can do everything right and still lose.

Donohoe hails from Vic­toria but the ARA Pro Racing Sunshine Coast rider now spends about half of his time on the Sunshine Coast.

And he’s been in the region on an extended stint since early March, when border restrictions were imposed due to Covid-19.

“I’m counting my blessings to be up here right now,” he said.

He’s relishing the training conditions, with regular rides around the Sunshine Coast.

He joined his teammates online, for the first round of the National Road Series on Saturday, and he was the best placed of them, in 10th position, on a 35km criterium course.

Donohoe said he was unperturbed by the postponement of the Games.

“I often get to events feeling underprepared and a bit anxious that there was not enough time to actually get all the ingredients right,” he said.

“If I can front up and ride an even quicker time than I had prepared to ride this year that’s fantastic.

“But also, in my mind everyone is going to be 12 months’ better, so I can’t take my foot off the gas at all. I’ve got to knuckle down and use the time to work on my weaknesses.”

Donohoe, who has limited strength in his right arm after a rope swing accident as a teenager, claimed two silver medals at Rio, in the individual pursuit and time trial (C5).

He’s also won a swag of gold at UCI Paracycling Track and Road World Championships and has also emerged as a genuine contender amid the able-bodied ranks with his continental team.”