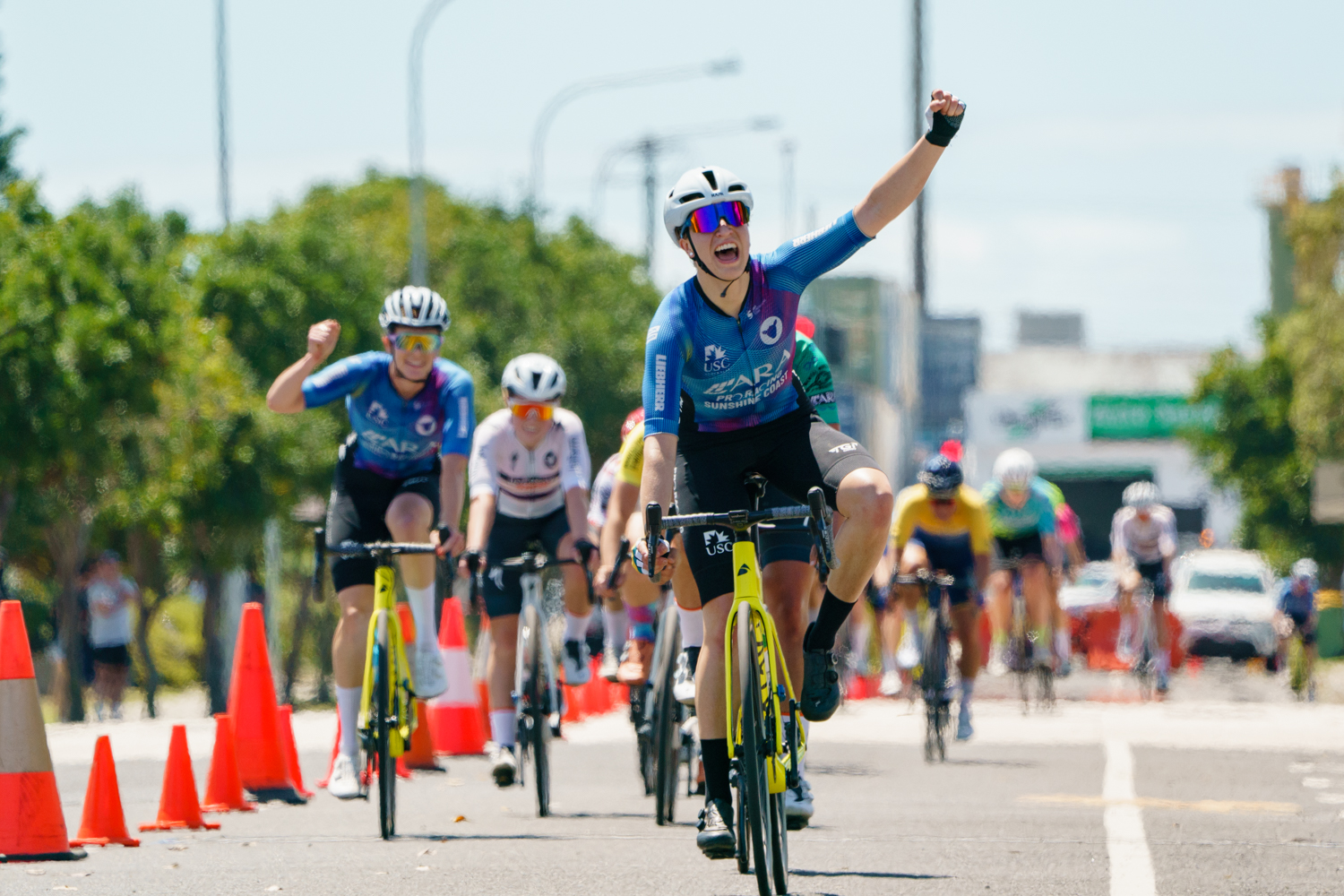 Typically, the season-ending stage race is also the toughest of the year, bristling with the hard, but beautiful, climbs of the Apple Isle. No wonder its honour roll is replete with brilliant climbers such as Jack Haig, Richie Porte and Sarah Gigante.

The 2022 edition will be no different, despite some late changes to the route. The winners of the race, and indeed of the NRS overall, will need to be on top form to negotiate a very challenging parcours.

Here’s what to expect when the road season concludes at next week’s Spirit of Tasmania Cycling Tour.

Climbers and puncheurs will be licking their lips at the profiles for this year’s tour.

The men’s race starts on Wednesday, November 23 with an uphill prologue on Launceston’s Zig Zag climb. The 590-metre test is short but brutal, with an average gradient of 11.9%. The very best will crest the top in under 90 seconds.

Stage 1 is the longest stage, 115km from George Town to Grindelwald. An undulating start should allow the peloton to settle before a category-2 climb in the last 10km. That final pinch to Grindelwald will likely decide the stage winner and the new leader of the race.

Stage 2 from Longford to Poatina hosts the start of the women’s tour and the most decisive stage on paper. The first-category mountaintop finish is a set piece for the general classification. With the last 10km averaging 7.5%, expect the climbers to shine and take the overall lead. (Update: the Poatina climb has been shortened to just 3km. While still important, the time gaps won’t be as decisive as the full climb would’ve been, bringing the puncheurs to the fore for the stage and GC).

Stage 3 is a new stage created due to landslide damage to the original route, which would have taken in the tough Gunns Plains climb. Instead, we have an undulating 78km route from Spreyton Cider to Sheffield. It’ll be up or down all day, with short, steep climbs punctuated by technical descents. It could be a day for the opportunists, and riders will need to be constantly attentive.

The Devonport Criterium returns for Stage 4 and the final race of the 2022 NRS. With all the hills behind them, this flat seaside circuit means it’s time for the sprinters to show their speed.

Australia’s domestic teams will be aiming to finish 2022 on a high note, especially with several squads announcing this will be their last NRS race.

ARA Pro Racing Sunshine Coast will be aiming to secure the NRS individual classification for Kane Richards, who sits second behind WorldTour-bound teammate Cam Scott. The strong Queenslander will enjoy the undulating stages, but the longer climbs may be better suited to Angus Lyons, who will look to bookend the NRS season with success after winning on Willunga Hill back in January. The team brings sprinter Craig Wiggins after his maiden UCI win at the Tour de Langkawi last month.

Given the long climb of Poatina, you’d expect Matt Dinham to lead Team Bridgelane’s overall ambitions. The under-23 climber has secured a pro contract with Team DSM and would surely love to pay back Bridgelane for investing in his development. He’ll be joined by fast-finishing 19-year-old Zac Marriage, backing up from winning the Cycle Sunshine Coast overall. Armidale climber Sam Jenner and Alastair Christie-Johnson also feature on a strong Bridgelane roster.

This will be the last NRS race for InForm TMX Make, which – as always – presents a formidable team. Under-23 criterium champion Graeme Frislie showed good form at Cycle Sunshine Coast, but Tristan Saunders and Blake Agnoletto are proven NRS winners on rolling terrain. If the team lacks anything, arguably it’s an out-and-out climber.

Onyva is boosted by the signing of Tamworth climber and Zwift Academy finalist Sam Hill, with Nero Continental no longer continuing. Snowy Mountains rider Lachlan Harrigan will also feel at home on the Tasmanian climbs.

For stage results, you can’t look past elite criterium champion Cameron Ivory, who has won the Launceston prologue on the last three occasions. He’ll be the man to beat for the first leader’s jersey. This year, he’ll be racing with a composite Tasmanian team.

Other names to mark down are sprinter Kurt Eather (Oliver’s Real Food Racing), and Ben Carmen (NCMG Criterion Racing), who came back from injury to take his first NRS victory at Cycle Sunshine Coast.

The overall favourite has to be climber Justine Barrow (Roxsolt Liv SRAM), who won the 2018 race overall and recently earned a qualification spot in the UCI Cycling Esports World Championships. She knows the Poatina climb well, having finished first and second, she’ll be riding without team support and will have a hard task defending attacks if she does take the leader’s jersey on Poatina.

2022 has been a wildly successful year for ARA Pro Racing Sunshine Coast, which leads the NRS team standings and looks on track to secure a one-two in the individual classification with Maeve Plouffe and Danielle De Francesco. Plouffe, who is on her way to Team DSM next year, will be the team’s top sprinting option., but they also have Sophie Edwards as a fast finisher.

InForm TMX Make will aim to finish with a bang before winding up their operations. Matilda Raynolds scored her first NRS win at Cycle Sunshine Coast and will be a hot favourite for the Devonport Criterium. For the overall, they’ll surely look to Amber Pate in her last race before heading to the WorldTour with BikeExchange-Jayco.

This will also be the farewell outing for Sydney Uni Staminade. Gina Ricardo is possibly their best pick for a high GC placing, but 19-year-old Alyssa Polites will also look to leave her mark before turning pro next year.

We also look forward to seeing mother and daughter Ruth Corset and Caitlin Corset racing together for VA Pro Racing, while New South Wales sprinter Lucie Fityus (Cycling Development Foundation) has been knocking on the door of an NRS stage win.

Results will be available at the AusCycling results page.

You’ll be able to catch up on the action by watching the highlights show on Sunday, December 4, 2:30-3:30pm AEDT on SBS Viceland.

This year’s Spirit of Tasmania Cycling Tour will be the final instalment of the inaugural Santini Junior 19 National Road Series.

Looking at the series standings, four of the top five women will be participating, who also happen to be four Australian representatives from Wollongong 2022: Isabelle Carnes, Talia Appleton, Lucinda Stewart and Bronte Stewart.

On the men’s side, it’s basically a home finale for series leader William Eaves, who hails from Burnie. Launceston’s Samuel McKee will also be racing on home soil. Tyler Tomkinson, Wil Holmes and world championship medallist Hamish McKenzie will also be in action.