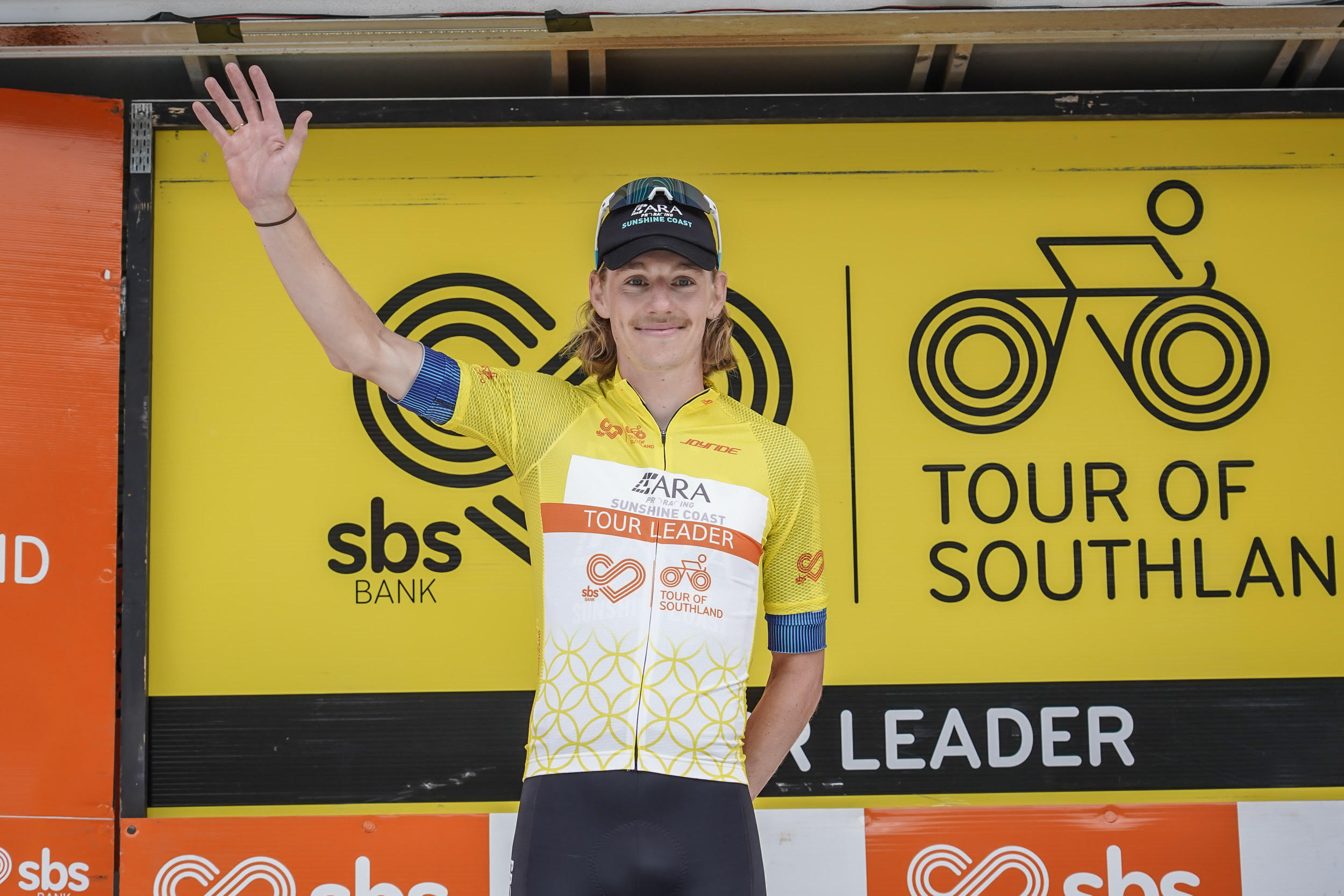 Carter Bettles has climbed his way into the SBS Bank Tour of Southland’s yellow jersey with an outstanding ascent of the Remarkables today.

Bettles and the ARA Pro Racing Sunshine Coast team, which is managed by former Tour de France rider Henk Vogels, were able to execute their plan perfectly, with Kane Richards delivering Bettles in great position and condition at the base of the skifield access road allowing him to dominate the demanding 6km climb.

At the end of stage four, Bettles has a 1min 21sec advantage over Southland’s Josh Burnett (Creation Signs-MitoQ), last year’s winner on the same stage, with under 23 rider Josh Kench (Powernet) a further 2sec in arrears.

“Today we came in with a plan, we knew it was going to be hard from the start with the
crosswinds so we got the team on the front pretty early and tried to split it up, which we did successfully,” Bettles said.

“A little group went from there and luckily I had Kano there to support me, he dropped me off at the bottom and I just went full gas from there. I was hoping (the climb) would flatten off, but it never did, it just got steeper towards the top and I just had to go as hard as I could.”

The pace out of Mossburn from the stage start was exacting, with speeds up to 60kmh causing plenty of stress across the teams. Eventually a selection managed to break away with most of the top teams represented.

Approaching Queenstown a group of eight saw their 5min advantage being whittled down, but Bettles was able to advance and survive in classy fashion to the finish.
Vogels had suggested Bettles now owed Richards a beer for every kilometre he rode for the stage winner.

“We’d be up in the hundreds if I did that. Kane and I are good mates, we are from the same town in Australia, we’ve pretty much grown up racing together and it’s so awesome to be on a team together.”

While Bettles looked like he was bossing the vigorous ascent with its commanding views across the Wakatipu basin, that was not the case.

“I’m glad it looked good, because I was deep in the box from probably 3km to go. All you are trying to do is just keep going on a climb as steep as this.”

The visiting Australians, part of a development squad aimed at promoting riders into the World Tour, are now set on defending the yellow jersey for the remaining three days of the race, including tomorrow’s infamous Bluff Hill stage.

“It’s going to be as hard a task as there is in racing, to be honest,” Bettles said.

“The team is really happy and we are such a good group, so we’ll see what we can do.”

Today’s stage was a significant one with all classification jerseys landing on new shoulders.

Tomorrow’s fifth stage starts in Invercargill and does a 154km lap through eastern Southland before finishing another hilltop finish on Bluff Hill.