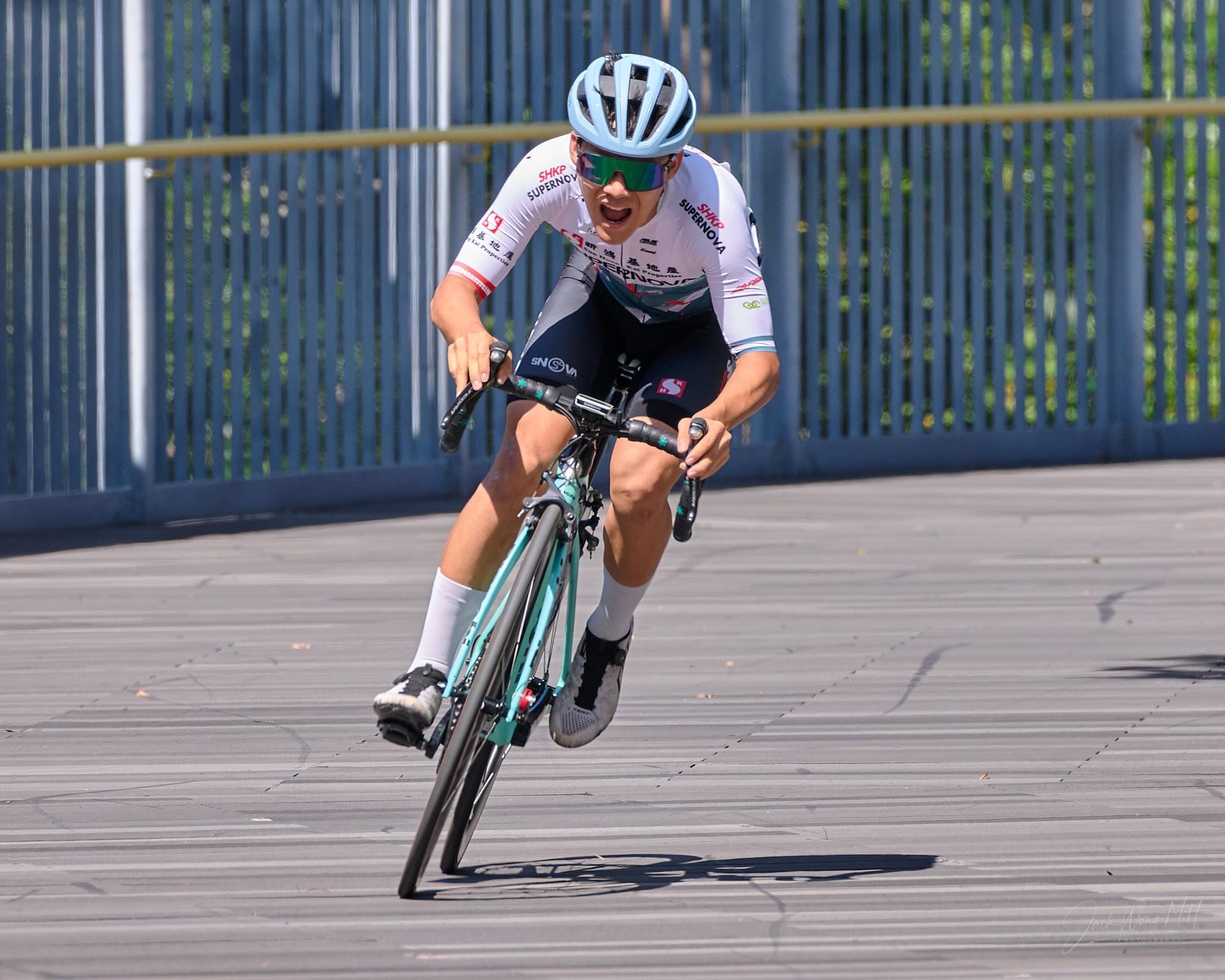 This week the Australian Cycling Academy (ACA) has announced several riders who will join them in 2023 including Hong Kong rider Alvin Ngai.

Alvin joined the team as a trainee rider in 2022 making his Australian National Road Series debut at Cycle Sunshine Coast in October.

Currently riding for SHKP Supernova he’s caught the eye of the ACA with recent success accompanied with dedication, commitment and focus.

As Australia’s leading cycling development program Alvin was excited to sign with the ACA and ARA Skip Capital for the next twelve months.

“I want to thank my mother team—SHKP Supernova Cycling Team for nurturing me. My heartfelt thanks also go to my sponsors, especially Sun Hung Kai Properties (SHKP). Without SHKP’s generous support, I couldn’t be here. I should also like to thank ACA for giving me this valuable opportunity. I will cherish this opportunity and do my best with the team.”

SHKP Supernova Cycling Team expressed their gratitude for the support from the ACA and look forward to watching Alvin progress over the next 12 months.

SHKP like the ACA has a strong focus on developing young talent.

Executive Director of Sun Hun Kai Properties Limited Mr Adam Kwok congratulated Alvin on his new opportunity and wished him the best for the future.

“We are thrilled to see Alvin having this great opportunity. SHKP nurtures young athletes through sponsoring the SHKP Supernova Cycling Team, which provides systematic training for young people with a passion for cycling.

The team already has eight athletes representing the Hong Kong Team at 2021 The National Games of China and other international races. We also have the SHKP Cycling Academy, set up in 2018, to promote cycling at schools, which has so far trained some 600 secondary school students. We look forward to Alvin sharing his experience with other Hong Kong cyclists in the future.”

ACA Chief Executive Officer Matt Wilson was excited to welcome Alvin to the team officially in 2023.

“Alvin joined the ACA as a trainee over the past 6 months and we were super impressed by not only his dedicated and focus, but by his obvious talent! We very much look forward to seeing how he will develop over the coming years.”

It’s been another hugely successful year for ACA riders with three signing professional contracts European contracts, gold medals at the Australian Road National Championships and international stage wins at Tour of Langkawi and Tour of Southland.

After the recent Tour of Tasmania Cycling Tour the ACA also secure the overall NRS win for both the men’s and women’s classifications.

With a number of new riders coming on board the team are excited to kick off their 2023 season at the Australian Road National Championships in January.