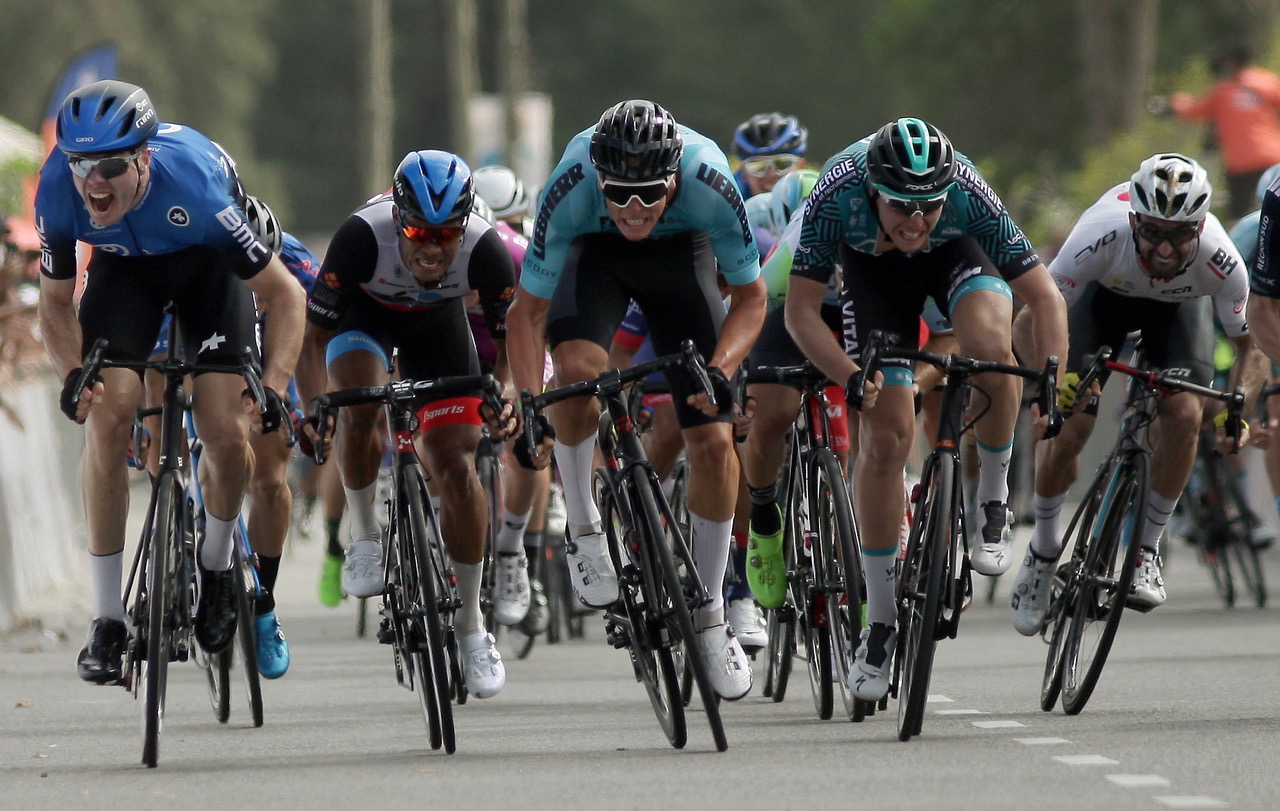 Palmwoods local and former Kawana High School graduate Taj Jones has become the first member of the Sunshine Coast based Australian Cycling Academy (ACA) to secure a contract with a World Tour Team.

ACA Managing Director, Ben Kersten said he was thrilled for Jones who has showed significant improvement in his performances after taking up the sport four years ago and progressing to join the locally based ACA pro-racing team in early 2019.

“Taj has shown a strong aptitude for hard work, determination and the willingness to learn since joining our team after winning the Queensland u23 Title and numerous National Series top 10’s in 2018. He should be congratulated for his achievement to be the first of our riders to go to what is essentially the highest level in our sport.

“The ACA was created to ensure there was a pathway for developing young riders to turn professional and compete on the national and international stage. It’s certainly validation of our strong ‘Live, Learn and Ride philosophy which Taj has fully embraced and I am certain this is one of the factors which has impressed the powers behind the Israel Start Up Nation team.

“We are very confident that Taj will be the first of many cyclists from the ACA team who will go on to compete at the highest level over the next few years,” Ben said.

In February this year, Jones took out the biggest win of his young career by taking out stage two of the prestigious Tour de Langkawi in Malaysia ahead of World Tour Professional riders Max Walscheid (NTT Pro Cycling) and Jérémy Lecroq (B&B Hotels-Vital Concept).

Ben Kersten said the win was Jones’ biggest of his career to date and was achieved without winning a domestic race.

“Taj worked incredibly hard over summer and his training form was exceptional so we gave him the responsibility to be the team leader for the sprint stages at Langkawi and he rose to the occasion and repaid the faith we placed in him,” Ben said.

Taj’s success in Langkawi saw his name propelled amongst international agents before teaming up with former champion racer and rider manager Baden Cooke who secured the contract with the Israel team.

Taj said it felt surreal to be selected by the Israel Start Up National team following such a short stint with the ACA.

“It’s incredible to think about where I have come from and where I am heading, to be a part of the same team as a legend like Chris Froome along with other world class riders is exciting and I can’t wait to see where I can take my career under the guidance of a World Tour Team.

“I’m also really appreciative of the ACA team lead by Ben Kersten and Matt Wilson and all the support staff including Henk Vogels, Stu Shaw and USC based high performance manager Aaron Turner, their guidance and experience in the elite levels of cycling has certainly helped to fast track my progress.

“They’ve made all the mistakes in the past so I don’t have to make them myself which certainly helps fast track my progress. The ACA pathway program is absolutely world class with a strong focus on the cyclists performance on and off the bike and I have no doubt that this philosophy will see other members of the team move to World Tour teams in the next few years,” Taj said

“We congratulate Taj on this outstanding achievement and are delighted to have the Sunshine Coast represented in an international sporting team,” Cr O’Pray said.

“His bright future and ongoing success will only further bolster the Australian Cycling Academy’s international reputation, and in turn, the status of the Sunshine Coast as a premier location for High Performance Sport.

“This is a terrific opportunity for Taj and on behalf of council we wish him every success,” Cr O’Pray said.

USC Director, High Performance Sport, Dr Brendan Burkett said the exciting news that Taj has secured a contract with a World Tour Team is another success story for the locally based Australian Cycling Academy.

“The ACA have created the ideal training environment for an athlete to reach their potential in the sport of cycling. A key part of the athlete’s success is getting the balance right between sport and life outside of sport and their partnership with the University of the Sunshine Coast (USC) ensures there is a strong commitment to continually create the optimal environment both on and off the bike,” Dr Burkett said.

“We continue to be impressed with the evolution of the team and their management. The ARA Group looks forward to the future success of Taj and many more team athletes in the years ahead,” Mr Federman said.

“Taj came to our attention after winning a stage in Langkawi and getting a podium against solid pros. He’s a young guy who last year was not quite ready, but used his time effectively to prepare before taking advantage of his first chance to win a high level sprint. After that win he went straight back to work and his progress during the COVID situation is really exciting,”

Taj said he expects to join his Israel Start Up teammates later this year at their base in Girona, Spain.