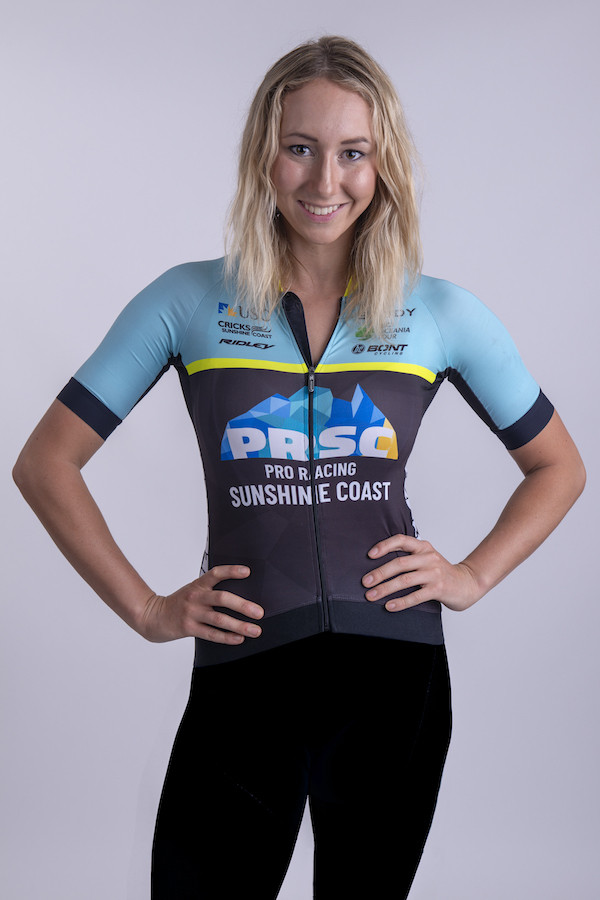 The Tokyo-bound 20-year-old took out the fourth race of the six round series on Saturday, besting Bre Vine and Vicki Whitelaw to the line over the 32km battle.

It was the team’s maiden win in the series.

“Maeve smashed it which is really good,” Shaw said.

“She’s sort of been levelling up each race and she hasn’t done a lot of Zwift before but she’s a talent.

“She’s a quality athlete and made the Olympic team before the coronavirus postponed it.

“We knew she’d get better and better as the series went just learning how the game works – it was a really big ride for her.”

Shaw said Plouffe had proven an integral part of the team since joining the inaugural women’s team last year.

“She was part of (Cycling Australia’s) development team for the 2024 Olympics but her progression has been so good they’ve bumped her into the full Olympics team.

“So, we are pretty lucky to have that quality an athlete and person involved in the program.”

It comes after he placed 10th, 11th and 12th in the opening three rounds.

Shaw said Donohoe had been unfortunate on the weekend after not landing one of Zwift’s special in game performance boosts heading to the line and believed he could crack a podium in the final rounds.

“Each lap you can get like a little boost and it can be like a draft or little speed boost or one those things but sometimes you just don’t get one,” he said.

“He did a really good ride and he felt really good and was there at 500m to go in the front group but just didn’t get any luck really.

“I really think he can (get on the podium) and he was so close (on Saturday) but just that little bit of luck was the difference really.”