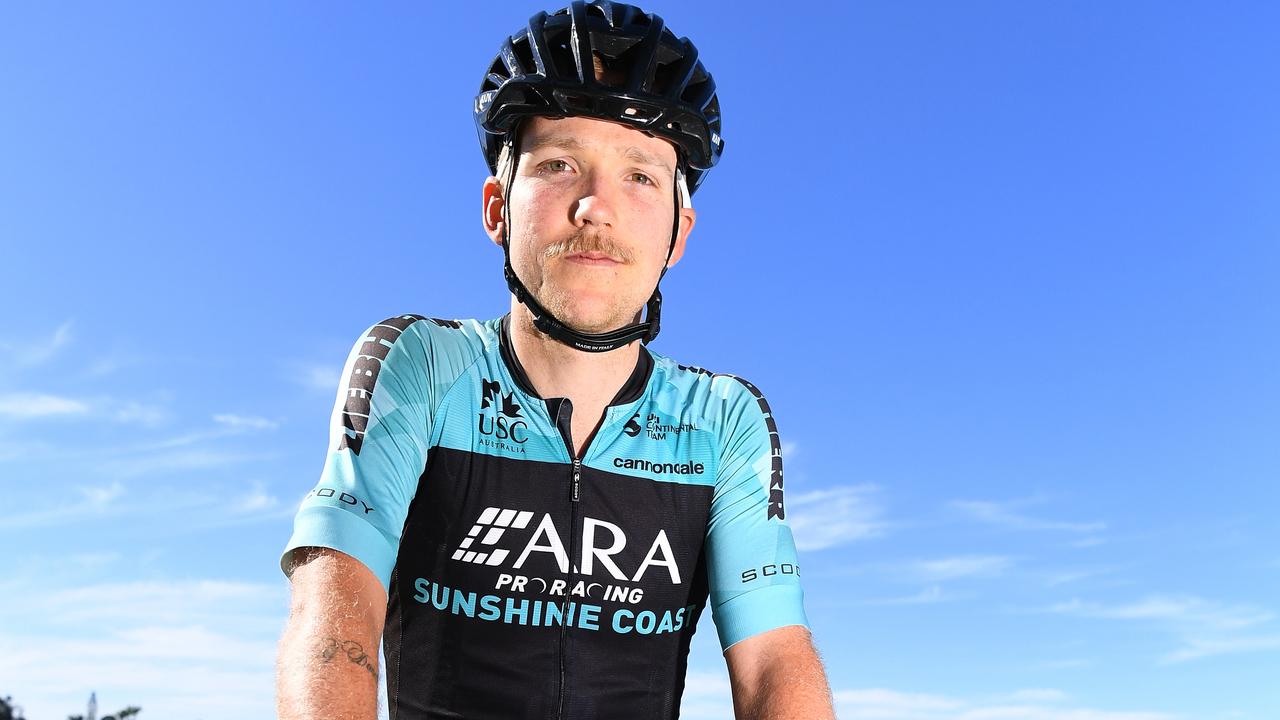 Alistair Donohoe says he’s still finding his feet in virtual racing, after another promising display in the third event of the online National Road Series.

The 25-year-old has been in the thick of the action during the six-round campaign, which is run via Zwift.

The ARO Pro Racing Sunshine Coast rider has been in the front group of competitors on each occasion, finishing 10th and 11th in the opening two events, before claiming 12th place on Saturday.

“It was a hard race, but I was still pretty comfortable at the end,” he said.

“It’s … the finishes of these races. If you haven’t finished on the course before then you don’t know where you’ve got to start sprinting from.

“I felt like I did well, but I could have done better had I ridden the course and had a bit more practice.”

Donohoe and many of his teammates have less experience with Zwift racing than his rivals.

“It’s all about practice. When you’ve done it more often, you know how to finish the races.

“Because we’re up here in Queensland, we’re not glued to the Zwift, like they are down south where they live, in terrible weather.

“They know how to finish the races and where to sprint from and how hard to sprint. I find I’m often caught on the back foot in the finish and I’m still finding my feet in that sense.

“But with the racing itself, my conditioning is there, and I think once I get a bit more experience in online racing, I will get better and better.”

Donohoe said it was harder to judge distances and rivals online, particularly with the power ups which were available.

Each time a rider passes the finish line on the multi-lap circuit, he is randomly allocated a power up, or he could be given none.

Donohoe had the truck on the last lap on Saturday, which didn’t particularly help when it came to the sprint.

The Paralympics medal hopeful is optimistic he’ll claim good results during the remainder of the series.

There are three more events.