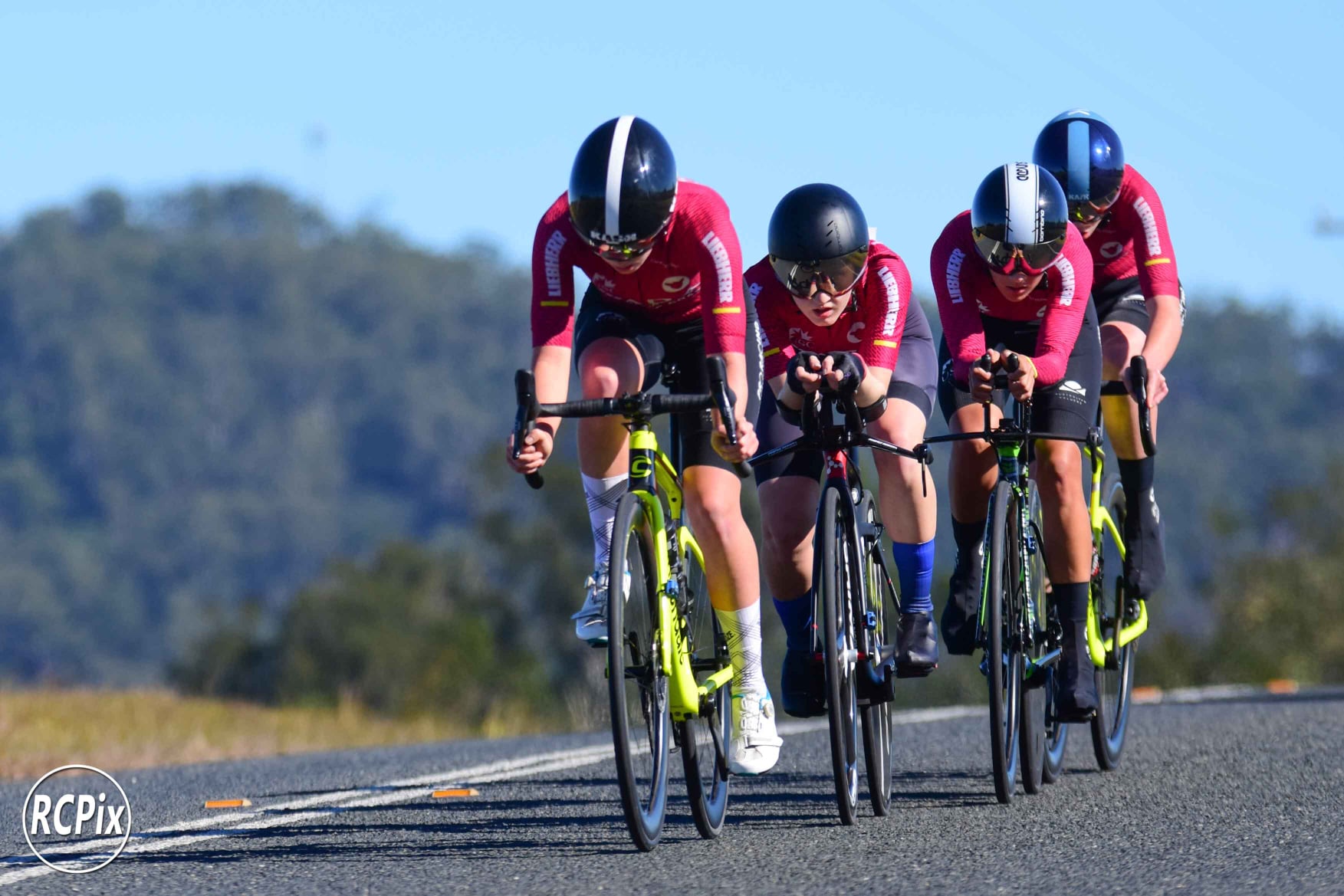 Louw was perfectly positioned heading into Stage 3’s road race around Wamuran, courtesy of a Stage 1 prologue win on Saturday morning, followed by a rampaging team time trial from herself and her ARA Pro Racing Sunshine Coast teammates later that day in Stage 2.

In Stage 3, it was the familiar face of former national road race champion Ruth Corset who rose to the occasion.

Corset, racing with her two daughters Stephanie and Caitlin (Solaris Racing), broke away from a small front group on the final climb of the day to win ahead of teammate and Solaris Racing guest rider Rachael Wales (VeloFit Australia Racing Team) by 43 seconds.

Louw would finish a further 10 seconds back of Wales to round out the Stage 3 podium.

Across in the Elite Men, it was a neck-and-neck battle between several of Queensland’s strongest riders.

Attacks started firing from the breakaway on the closing lap of Wamuran, with Henning losing contact through town.

On the lower bottom slopes of the final climb Angus Lyons (ARA), Stage 1 winner Richards, and the in-form Ryan Cavanagh (C9I) caught the front of the race and immediately went to the front to inflict damage on the original breakaway.

Pedler and Fleming were the first casualties of Cavanagh’s turn of pace up the climb before teammate Bettles led out the sprint up the final pinch.

Lyons’ kick proved too strong for the Cobra9 Intebuild Elite Team pair of Bettles and Cavanagh at the finish line, with the yo-yoing Richards pushing home hard in second. Cavanagh rounded out the podium in third.

“That last lap with Cav and the other guys coming across with me was hard,” Lyons said.

“We knew we had a big old ask with about a minute and a half (to bridge) at the start of the lap, but we went hard and held on.

“We (ARA) came out and had a look at the final climb last week, so I knew what I was in for but that last pinch with 1.5km to go was always going to be rough.

“He (Cav) went for it, and I just scrambled in over him.”

The win for Lyons rounded off a near-perfect weekend for ARA Pro Racing Sunshine Coast, which finished with both Elite GC jerseys and four stage wins.

ARA Pro Racing Sunshine Coast’s Australian Cycling Team member and paralympian Alistair Donohoe proved the strongest across the opening round of the QRTS, with an eighth in the prologue and a fourth in Stage 3.

Van der Merwe’s consistency across the entire weekend was enough to claim the GC win ahead of teammate Kyle Godson and Fratelli Racing’s Antonino Calabro.

The QRTS will continue at the 2021 Battle on the Border in the Tweed Valley from August 6-8 alongside the National Road Series.