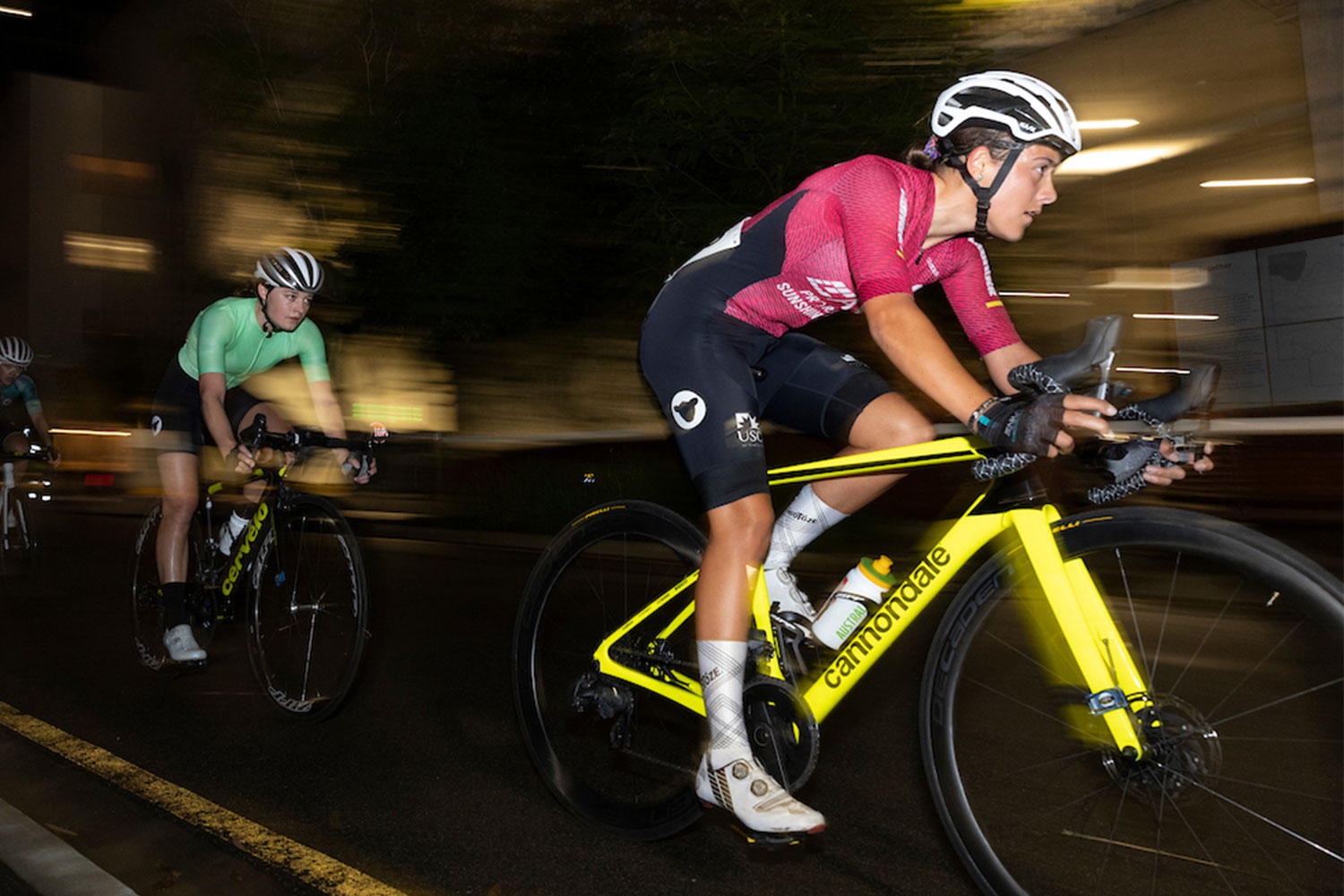 Some great results from the weekends racing for both teams as part of the Brisbane Cycling Festival.

Both the men’s and women’s teams competed in the King St Kick It Criterium on Friday night, Buzz at Muzz on Saturday and wrapped up the weekend with the Elite NRS Road Race as part of the Tour de Brisbane on Sunday morning.

Anya Louw received the Young Rider Jersey for the weekend placing 2nd in the fast paced King St Kick It she also claimed the Black Sheep Prime for the event and 3rd in Sundays Tour de Brisbane.

Matt Rice took out the King St Kick It for the men in a very tight finish against team mate Cameron Scott who placed 2nd. Matt also finished strong with another 1st place at the Buzz and Muzz in windy conditions on Saturday.

Sunday’s NRS race saw some tough competition, Cameron Scott came in at 5th place and overall the women’s team placed 2nd and the men’s 3rd for the weekend.

Congratulations to all riders who competed.

Both teams are now preparing for this weekend’s Round 2 of the ITT in Moreton Bay.