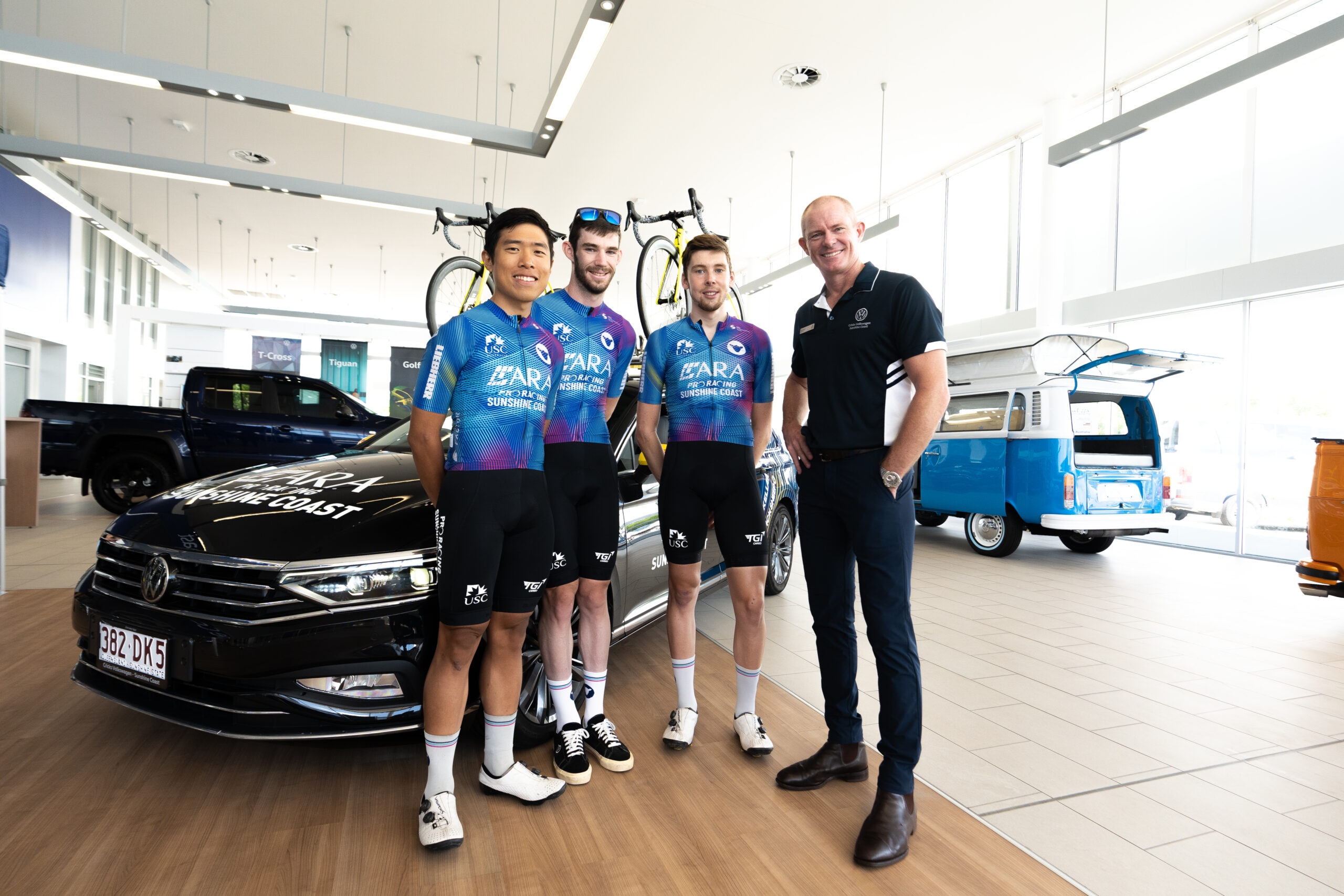 After a very successful start to the year the Australian Cycling Academy are thrilled to secure the support of such a prominent local dealership as they prepare for a full racing calendar for the remainder of 2022.

Australian Cycling Academy CEO Matt Wilson was thrilled to announce the partnership that he says is built on common values.

“We are excited to announce this two-year partnership with Cricks Volkswagen Maroochydore. To have the backing of a premium car brand like VW is testament to some fantastic work by our riders and staff.

Volkswagen and the ACA share many aligned philosophies when it comes to business and life, we very much looking forward to seeing what we can achieve together over the coming years.”

Both the men’s and women’s teams have already had a very successful start to the year with a total of 28 wins since January.

The riders took out a third of the National Titles at the Federation University National Road Championships in January and Maeve Plouffe recently made history alongside her women’s team claiming the win in the inaugural women’s Melbourne to Warrnambool, Australia’s longest women’s race in the world.

“Our riders have stepped up in a big way this year, and we couldn’t achieve what we have without the unwavering support from our sponsors so we’re very excited to welcome Cricks Volkswagen to partner with us on this journey.” Matt said.

“There is so much to like about how ACA operate, that it made the decision for Cricks Volkswagen to partner with them an easy one.

It’s more than just our provision of transport….we share similar values for our people involved which is nice and we certainly have the benefit of learning from an elite organisation. That’s what partnerships are all about.” Dean said.

The ARA Pro Racing Sunshine Coast riders are currently preparing for their next National Road Series event as part of the Tour de Brisbane in April supported by their team cars courtesy of Cricks Volkswagen.

The Volkswagen Passat is one of the most complete vehicles on the road.  Its so much more than just the practicality of a wagon – it includes intuitive safety systems, functional interior and space, technology and connectivity.

Cricks has been a part of the Sunshine Coast for over 25 years and with the Volkswagen brand since the year 2000.  Over this time more than 16,000 new Volkswagens have been delivered out of the showroom.

The purpose-built state of the art Cricks Volkswagen dealership at Flinders Lane in Maroochydore was opened in 2016, with nearly 650 square metres of display area, 18 service hoists, under cover customer parking and comprehensive staff facilities.