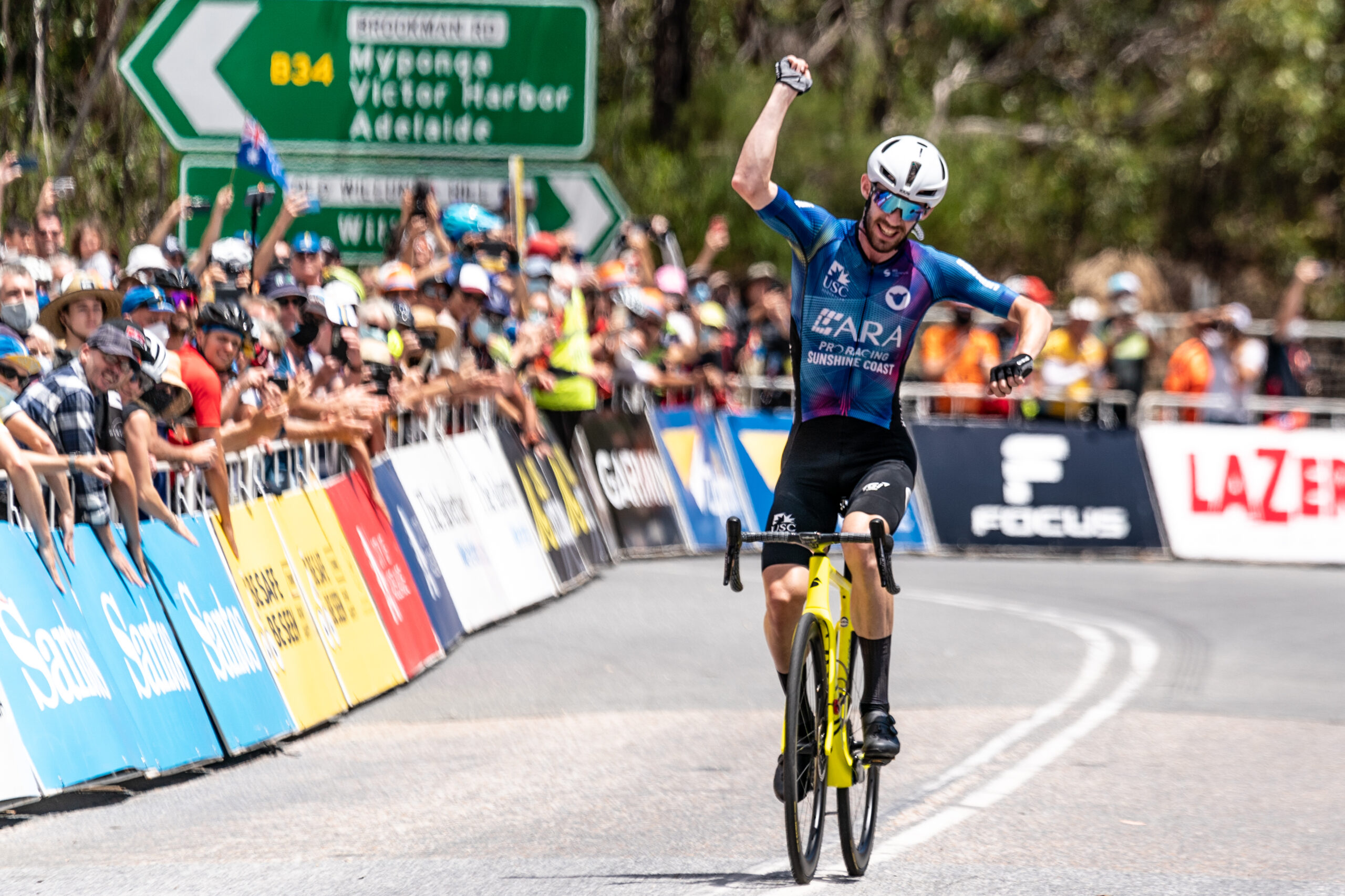 After their success at the 2022 Federation University Road National Championships ARA Pro Racing Sunshine Coast riders have left nothing in the tank over the last 9 days at the Santos Tour Down Under.

The event was the first stop for the world’s best cycling teams and riders, and is the opening event of the UCI WorldTour.

The highlight of the week saw an epic ride from Angus Lyons taking out the final stage of men’s Santos Tour Down Under.

After an early break, Angus and Declan among three other riders set the pace for the grand finale of the event.

At 50km a few more riders joined the bunch forming a group of 9 across 7 different teams holding a solid break from the Peleton right until those final moments of the race.

Angus a solid climber came home with a comfortable victory on the final climb at Willunga Hill. The win made even sweeter falling short around the same place last year.

Olympian Maeve Plouffe took out 7th place in testing conditions on Stage 1 before claiming the win on Stage 2.

A solid performance from Maeve also taking out 3rd place at the TREK Nights Riders Crit and 3rd place overall in General Classification.

Maeve was ecstatic with her first big stage win of the National Road Series, aiming to have a long career on the road.

“I have been watching the Santos Tour Down Under since I was really young,’’ Maeve said.

“My family took me out to the BUPA Challenge where you rode a lap of the course, and to come out and win a stage, I have been dreaming of this for years.

I rode my first NRS tour when I was 18, I think I was the youngest person in it and to finally win it after so many years I was so excited!”

Cameron Scott placed 2nd in Stage 2 and also took 3rd place at the TREK Nights Riders Crit on the Wednesday.

“After coming off an extremely successful Nation Titles campaign where we won 6 Gold Medals, we had a lot of confidence coming into the TDU.

Coming off the back of having COVID and finding her form once again, Olympian Maeve Plouffe took a respectable 7th place on Stage 1 before showing her class and claiming a win on Stage 2, 3rd in the Criterium, and a 3rd place overall.” Ben said.

And the results didn’t stop there with the men kicking off their campaign last Thursday following the ladies.

“Cameron Scott continued the success of the team by claiming a 3rd in the criterium and second on Stage 2,

Both the men and the women’s teams worked superbly as a until over the week and particularly with the men where Declan Trezise committed his race for Angus Lyons on the final stage setting him up for a massive win on Willunga Hill where Angus attacked solo and went on to win in front of a packed crowd on the hilltop finish!

We move into the rest of the year with our most successful January to date under our belts and we don’t plan on slowing down.” Ben said. 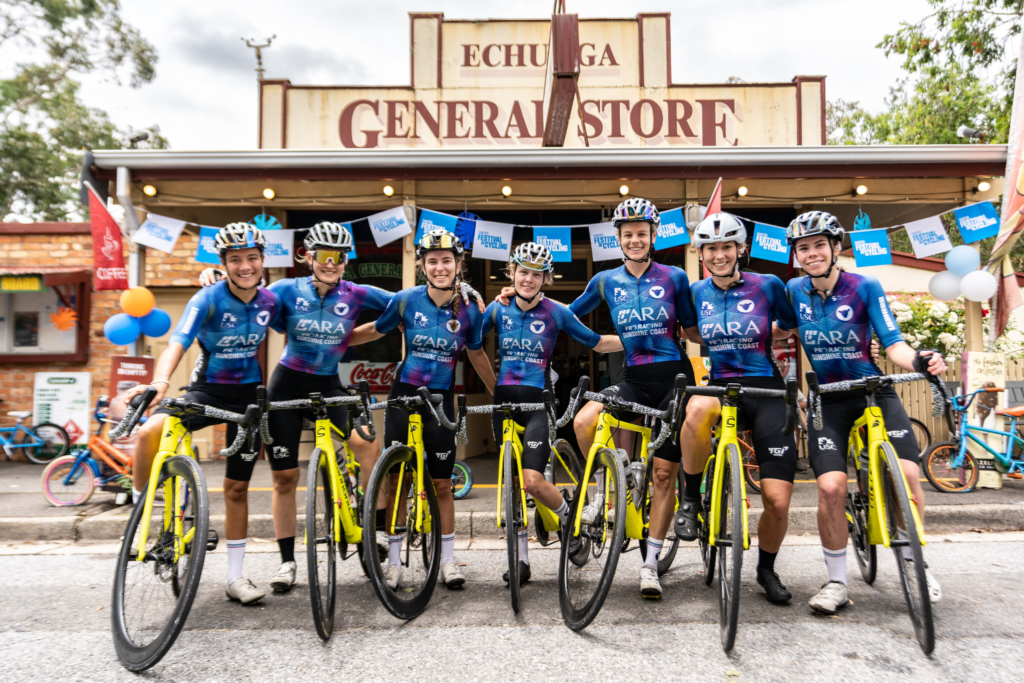