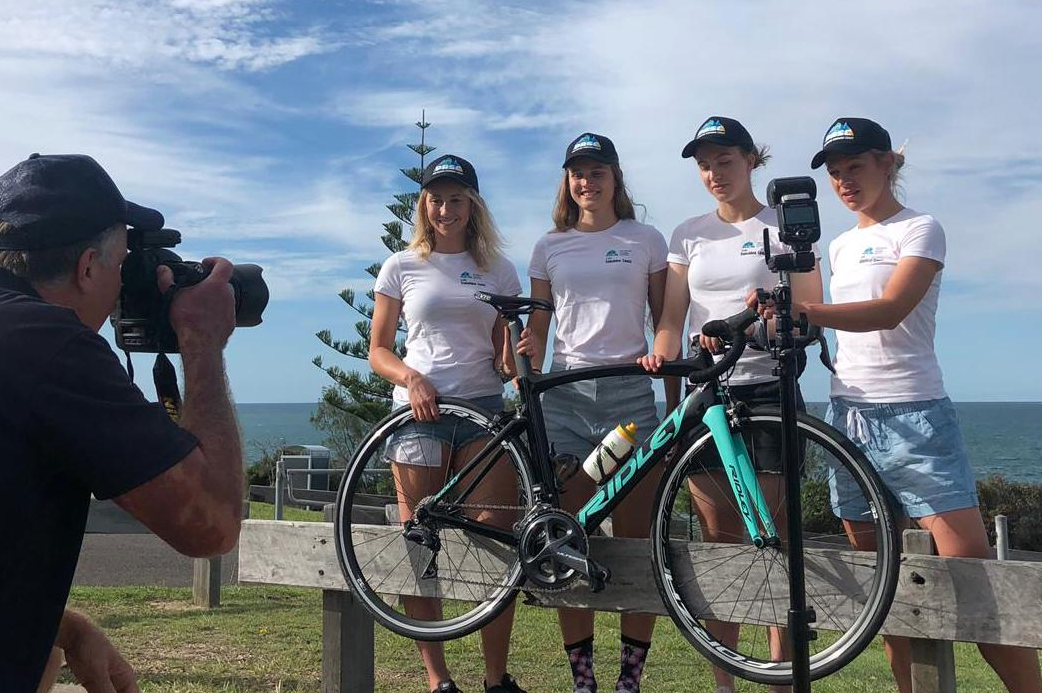 We are thrilled to announce the launch of the inaugural Australian Cycling Academy women’s team!

The team will race under the same team name as the existing men’s development team, Pro Racing Sunshine Coast, and from our base at the University of the Sunshine Coast.

Managing Director Ben Kersten said It has always been a priority of the ACA to launch a women’s team alongside the men’s team and he was thrilled that it has become a reality just 18 months after launching the Academy.

“The last few years have been really exciting for women’s sport in this country, we’ve seen participation rates rise in a number of the football codes and it’s fantastic that the community has recognised and embraced the quality of elite women’s talent we have in this country.

“All four women are all very talented riders, each have strong aspirations to be a part of the international professional circuit so we are confident that under our tutelage we can take their performances to the next level. Our goal is to help them develop their skills so they can push towards achieving their ambition of becoming a future Olympian and Australian representative.

“We’ve been thrilled at how well the local community has embraced our men’s team so it’s just fantastic to be able to bring the ACA’s women’s team program to life on the Sunshine Coast. These women are powerful athletes to watch and I am sure our supporters will love watching their journey and development,” Ben said.

“This is something that many people on the Sunshine Coast have been striving to achieve for several years because we wanted to create a clear pathway to further build USC’s high-performance sport programs.
“When the Sunshine Coast based Cycling Academy was proposed there was always an intention to run a men’s and women’s program, so it is very rewarding to launch the women’s program after commencing just 18 months ago,” Dr Burkett said.
The ACA Women’s team also has the support of Cycling Australia via their Podium Potential Academy (PPA) for female endurance riders.

“A key driver of the PPA is our ‘learning to win’ philosophy which is primarily driven through a track focussed program, but we recognise the importance of quality road content and road race exposure to complement this. Our new relationship with ACA provides us with a great opportunity to do this,” said Jon Norfolk, Head of Performance Pathways and People at Cycling Australia.

Ben Kersten said an Australian Sports Foundation campaign has been launched to support the women’s team in their journey.
“Our focus is on ensuring that the ACA provides exactly the same opportunities for talented young female cyclists to achieve their goals both on and off the bike. To achieve this, we are actively seeking sponsorship and philanthropic support for the women’s program and best of all, every donation is fully tax-deductible,” Ben said.

Click here to learn more about the Sports Foundation to support the women’s program.

The community has the first opportunity to see both Pro Racing Sunshine Coast men’s and women’s teams in action this weekend in the inaugural Brisbane Cycling Festival with both teams competing in the National Road Series one day road race on Sunday April 14 through the streets of Brisbane.