Alex Martin-Wallace claims the win at this year’s Gibraltar to Inverell! 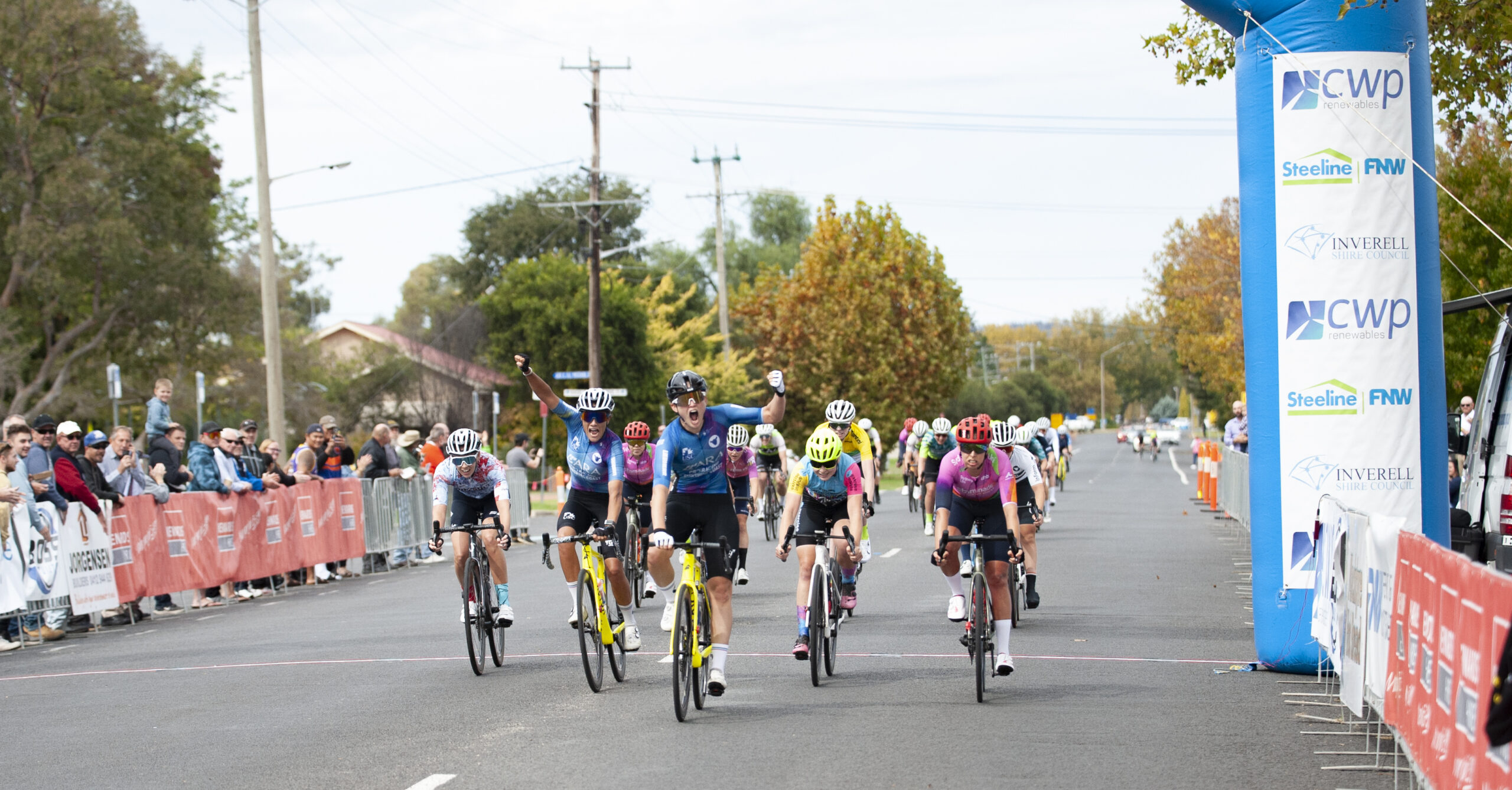 The 22-year-old Queenslander, who is also a track cyclist for the Australian Cycling Team, won the bunch sprint in Inverell after a controlled race that built up to a frantic finale.

It was déjà vu for last year’s runner-up Josie Talbot (Sydney Uni-Staminade), who was again forced to settle for second place behind an ARA Pro Racing Sunshine Coast rider.

Anya Louw finished third to put two riders on the podium from the Queensland-based team despite them having only three starters.

“It was my first time doing the Grafton to Inverell (sic), so I’m really happy to get the win,” said Martin-Wallace, an engineering student from the Sunshine Coast.

“Normally, sprinting suits me. I hadn’t done a proper one in a while, so I wasn’t sure where my legs were, but it came good and I got it done.”

Martin-Wallace said she wanted to start her sprint from behind the in-form Oceania champion.

“I was in fourth wheel, fighting for Josie’s wheel. It was a tough race.”

Now in its second edition, the CWP Renewables Women’s NRS Gibraltar to Inverell des Femmes took place on a 136.6-kilometre route using the traditional finishing roads of the Grafton to Inverell.

The NRS women’s peloton left from the top of Gibraltar Range under foggy conditions that eased into a mild, cloudy day.

Besides brief splits on the climbs, the peloton stayed together for much of the race as riders saved their efforts for the final stages.

Accordingly, the last 10 kilometres saw a dramatic increase in tempo. Howe unleashed multiple attacks but the peloton was not in a mood to give the Oceania time trial champion much leash. After Howe’s recapture, Knights of Suburbia remained active with Katie Banerjee and Emily Watts near the front as small gaps opened behind.

Those gaps were quickly closed and a bunch of 30 riders made the downhill dash into Inverell at speeds of over 60km/h.

With Watts in tow, Howe led the peloton through the last turn before the sprint opened up on the wide boulevard of Vivian Street. Talbot hit the front with about 100 metres remaining, but Martin-Wallace used all her track experience to time her late surge and claim the win by half a bike length as teammate Louw celebrated behind in third place.