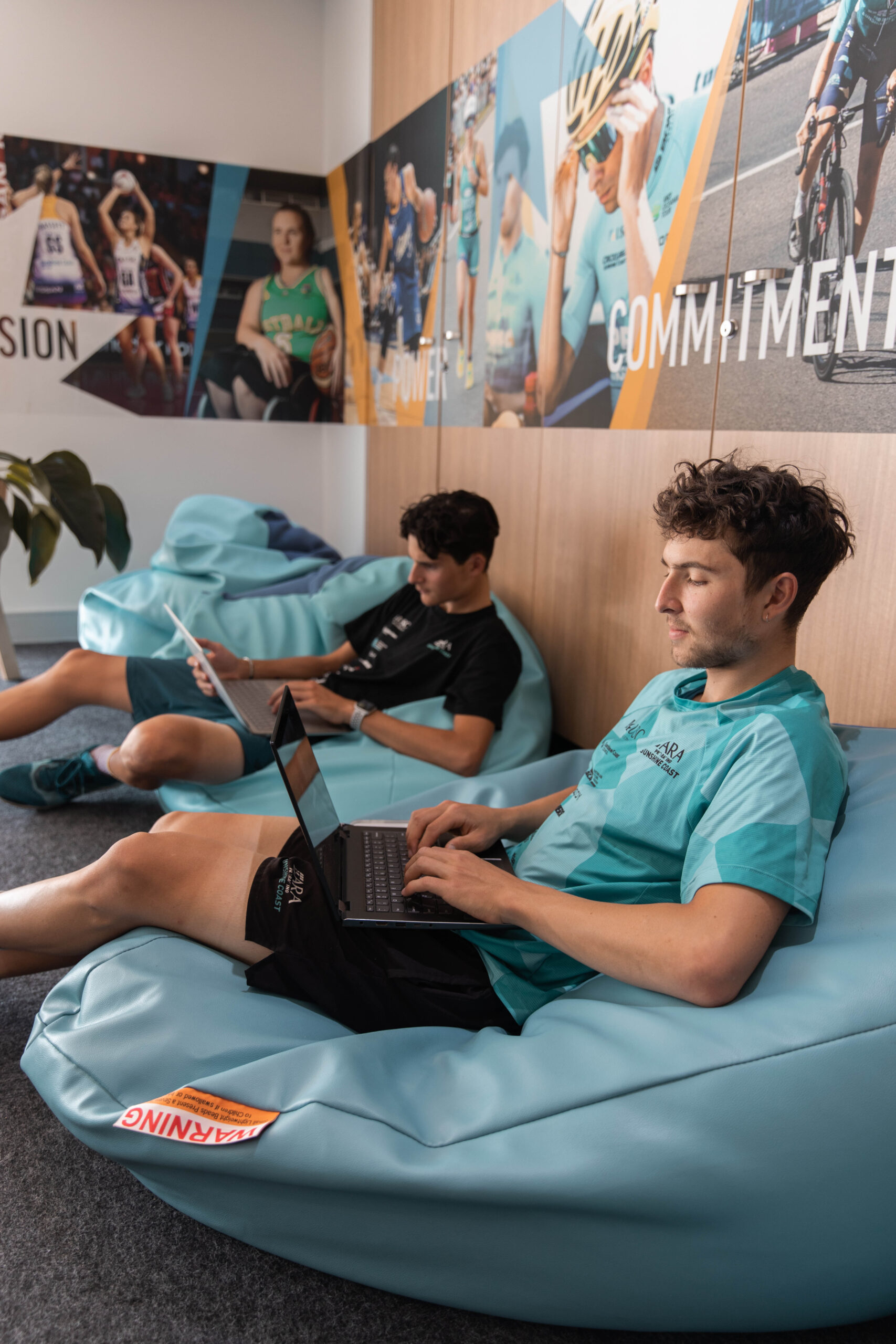 The University of the Sunshine Coast (USC) have released the final grades for semester one 2020, and ACA student-cyclists are proving they are just as focused in the classroom, as they are on the road.

No ARA Pro Racing Sunshine Coast riders failed, and instead over 40 per cent achieved a GPA of six or higher out of seven, while nearly 30 per cent scored between a five and six.

ARA Pro Racing Sunshine Coast high performance director Stuart Shaw said the results from this semester were some of the best he has seen from the team.

“We’ve got some world-class athletes in our program, but I can actually see there’s a level of competition, academically within this group,” he said.

He and other ACA staff were encouraging ARA student cyclists this semester to achieve incredible results, whether that be on the bike, or in the classroom.

ARA Pro Racing Sunshine Coast cyclist Anya Louw received a GPA of 6.67, and said she was happy with her results because her coaches were proud.

“It means a lot to me what they think, because they give us the opportunity to be able to study here in the High Performance Student Athlete program, as well as all the other benefits of our team,” she said.

“We get an amazing bike, a mechanic that’s always at the uni, all the gym facilities, all the gear, and race opportunities as well.

“If there is an opportunity to go well in studies, I think it’d be rude not to take it.”

All ARA Pro Racing riders studying at USC are involved in the High Performance Student Athlete (HPSA) program, an initiative which offers support to student athletes. Louw said there were many benefits to being in the HPSA program.

“If we had travel, and had to like, race overseas or interstate at the same time as an exam, we have the benefit of getting that pushed around so that it works for us,” she said.

“Having the facilities at the university for training, like gym and recovery pools literally helps because you can just travel from your classes into training.

Anya Louw said other young athletes should aim for good grades in their tertiary studies.

“As any athlete, you never know what’s going to go wrong in your sport,” she said.

“I’m sure almost every sport you can get injured in, or you’re not going to continue sport for the rest of your life, so I think the main motivation is having a plan b.”