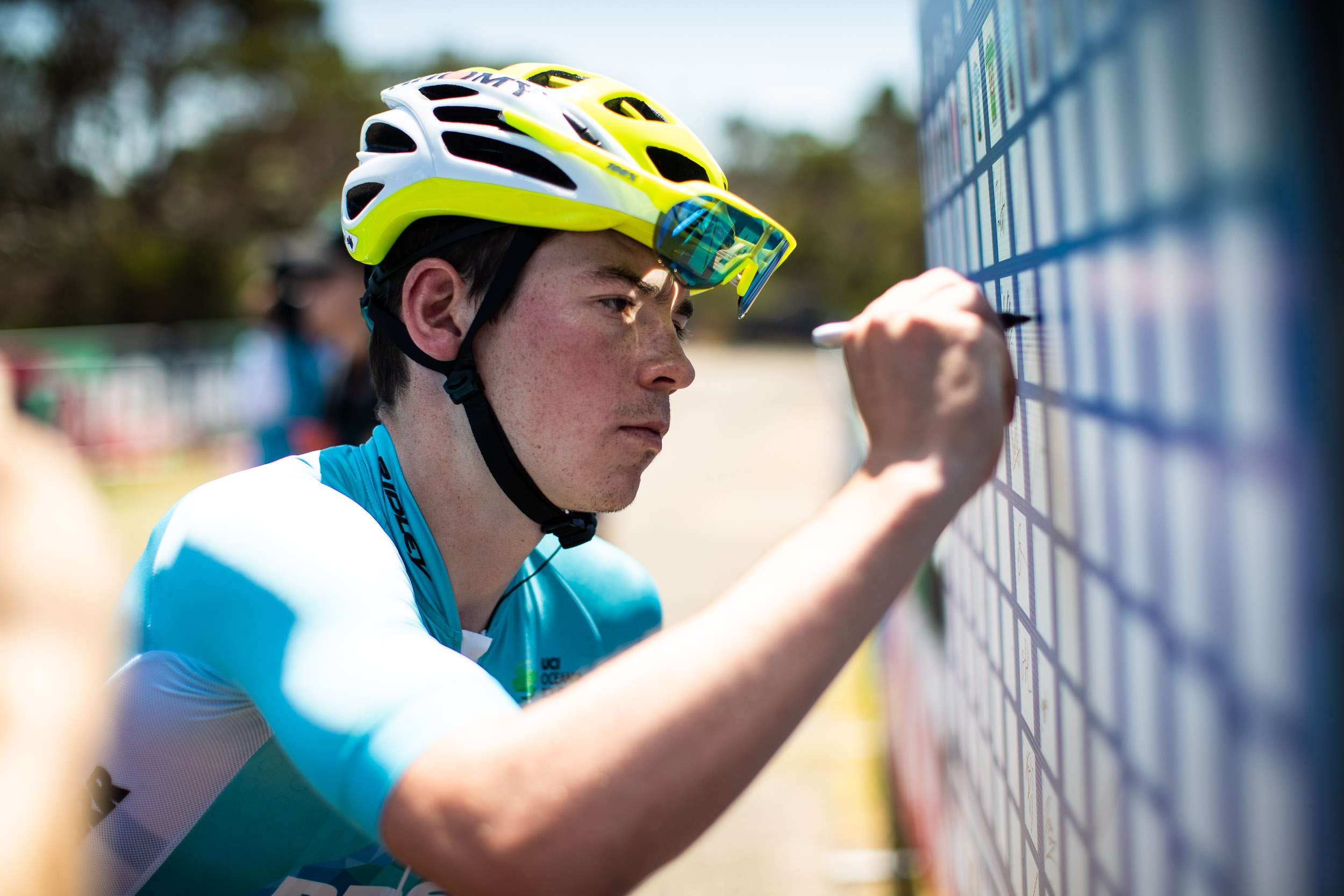 Michael Rice has taken out the Melbourne to Warrnambool Lady Bay criterium in his first win racing for ARA Pro Racing Sunshine Coast.

Earlier, Michael Freiberg claimed a very close second place in the 104th edition of the Melbourne to Warrnambool, Australia’s longest one day race.

The Peloton rolled out from Avalon Airport for the start of the ‘Warny’ road race on Saturday, destined for Warrnambool 267km away.

Wet and windy weather was a feature of the race, which took the peloton through some of Victoria’s most popular areas including the Great Ocean Road and Port Campbell.

It took nearly 140km for a break to be established, eventually three groups attacked and got away before merging to form a leading group of 37 riders.

As the peloton reached the latter stages of the race, a breakaway of five riders formed, including ARA Pro Racing Sunshine Coast rider and pre-race favourite Michael Freiberg.

The small breakaway managed to establish a huge gap over the peloton and it became clear they would not be caught. Into the closing kilometres, the attacks and pace left four riders from the break to battle it out.

After 6h16m in the saddle, it all came down to a final sprint finish between the four. Freiberg launched early but was overtaken by Brendan Johnston who took the narrow win. Freiberg was in second place, with Mark O’Brien in third. The peloton finished 7m11s behind the winner.

Sunday saw the inaugural Melbourne to Warrnambool Lady Bay Criterium, a new addition to the National Road Series calendar for this year.

Rice attacked the bunch into the second last corner and gained several bike lengths in a matter of seconds to comfortably take the win.

“I put in a pretty big summer with training and racing so it’s nice to finish [the summer] on a high.”

Rice, the older brother of the team’s star sprinter Matt Rice, joined the team at the beginning of this season following three years with the US based Pro Continental development team HB Axeon.