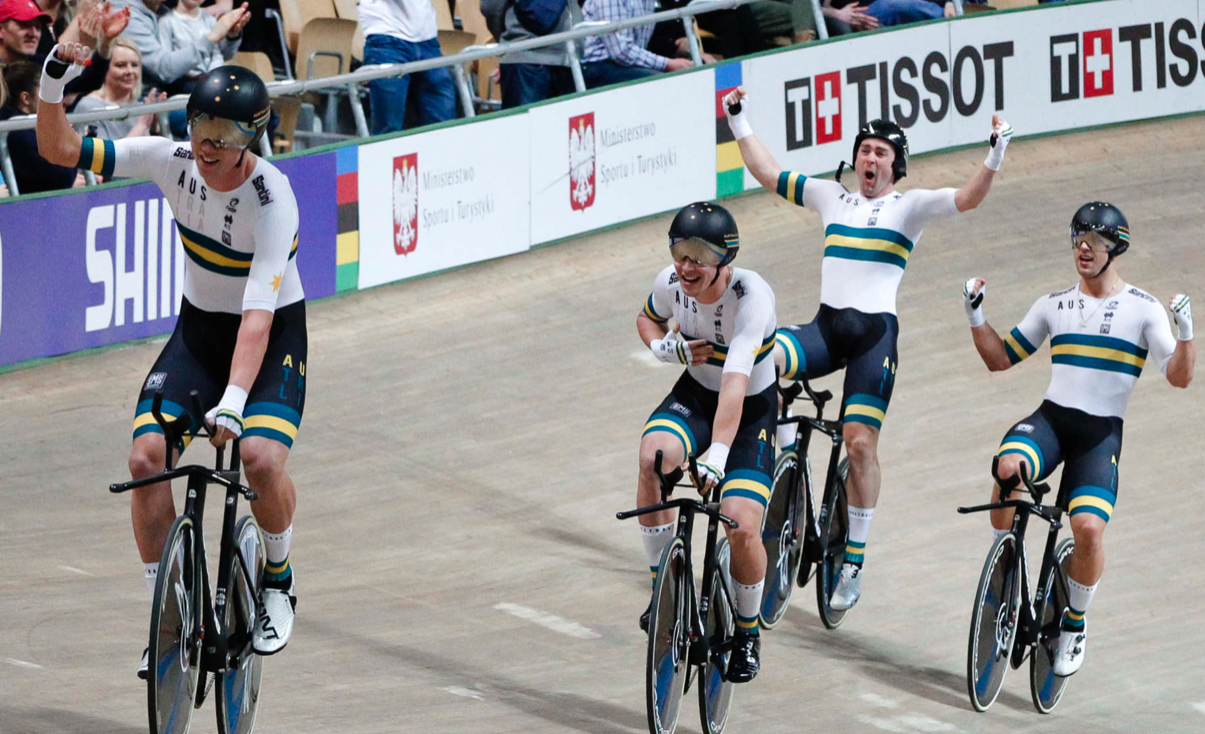 A fifth member and PRSC rider, Cameron Scott, rode the first qualifying round with the team before being subbed out for Alex Porter in the final. All five received Gold medals and Rainbow jerseys.

The Australians were never challenged in the 4km race and clocked the fastest times in each of the four laps to finish in 3:48:01, 2.5 seconds ahead of their second placed rivals.

Welsford, 23, stunned to also claim Gold in the Scratch race just 30 minutes later, making him a dual World Champion in one day.

PRSC director, Ben Kersten, said he is blown away by the success of the young squad.

“It’s a phenomenal ride. To see a team ride that time is something I never thought I would see in my lifetime.

“I was there at the Sydney Olympics when the German team broke the 4-minute barrier in the team pursuit, and that was just incredible at the time. Today’s World Record time from this team would have lapped that German team, and these guys are all mostly about 22 years old. To say it’s unbelievable is not an overstatement.

“We just take our hats off to the Cycling Australia High Performance unit. So much goes into this and all cudos to them for achieving this.

“The 5 riders in team who are also in our Pro Racing Sunshine Coast team are now the best in history and they’ve proven that beyond doubt today. This ride has really put those riders and Cycling Australia, plus PRSC and the Sunshine Coast, on the map at the very top of international cycling,” Ben said.

These are the first World Championship wins for the Sunshine Coast based development team.

The same squad were World Champions in the same event in 2017 when they first came to the PRSC team, however chose not to defend their title at last year’s Worlds to instead focus on the Commonwealth Games.