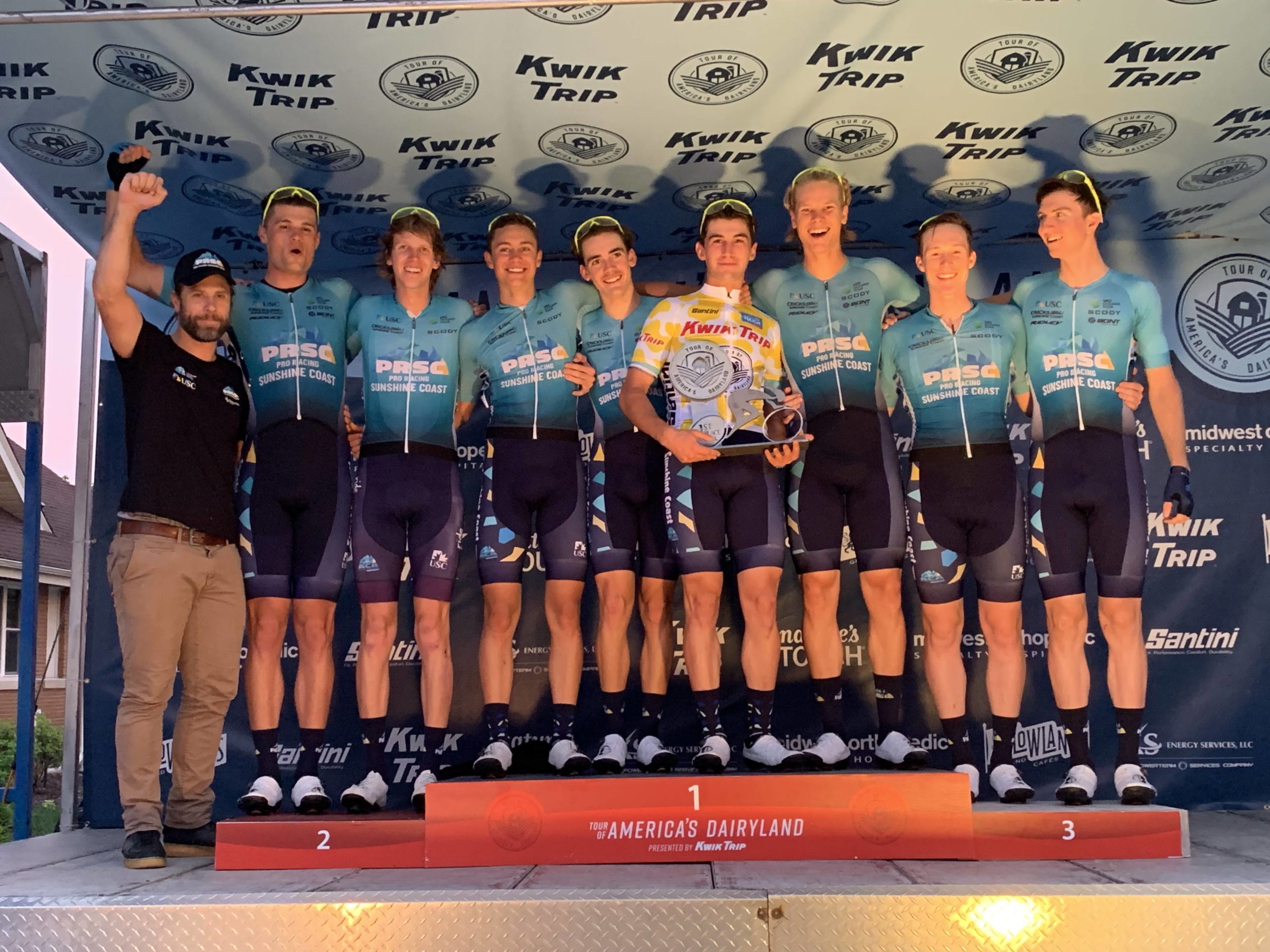 Matt Rice has taken out the overall classification at the Tour of America’s Dairylands in the US this week.

Rice placed second in several of the stages throughout the week, and won the overall classification by just one point on the final stage.

It is the first international win for the 19-year-old rider, who joined Pro Racing Sunshine Coast at the start of 2019.

The Tour of America’s Dairylands is an 11 day tour throughout the US state of Wisconsin. Rice’s PRSC teammate, Taj Jones, also picked up a stage win on day 5 of the tour.

PRSC Managing Director, Ben Kersten, said it was a huge result for Rice in one of his first races for the team.

“It’s been an absolutely huge first two weeks over here for us, and for Matt to win the way he did by fighting right until the end of the final stage shows just how much promise he has as a bike rider.”

“He will gain so much confidence and momentum from this win, especially going in to BC Superweek next week where they will be up against even more top professionals.”

“The team have all been outstanding over here and we’re really proud of the commitment and dedication they’ve shown to arrive here in such great form. The guys are all really young, from 17 to 23, which makes it even more impressive. They really worked hard for this win, working together as a team all week, and they deserve every bit of it. They have also all learnt so much and that’s what we’re here for, at the end of the day,” Kersten said.

The Tour of America’s Dairylands is the first race in a month-long block of racing for the team, who now move on to Canada’s BC Superweek, one of the most prestigious cycling events in North America. It is also one of the richest, with $140k Canadian dollars in prize money on offer.

With 9 races over 10 days, BC Superweek gets underway in Vancouver on 5 July.