Cameron Scott Storms to Victory in Nationals U23 Criterium 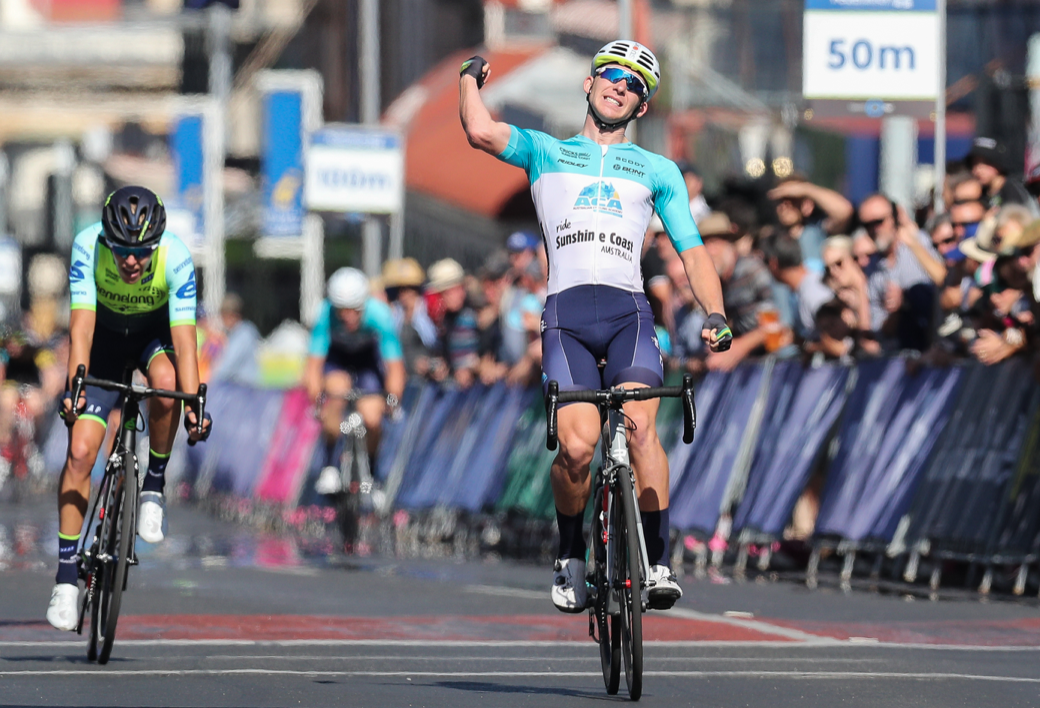 Scott started the race as one of the favourites, after winning five from five recent criteriums, but he faced a quality field of riders eager for early success in Ballarat.

“I had a lot of confidence after the recent wins, so I’ve definitely hit some good form,” said Scott.

“It was our first outing as a team, and I wasn’t sure how well we would ride together, but I was super happy at how well the guys all rode as a team.”

The 33km criterium around the historic centre of Ballarat featured 30 laps of a 1.1km hotdog course. Kampers and Scott established a three-man breakaway mid-way through the race. Scott and Dylan Sunderland (Bennelong Swiss Wellness) went clear with two laps to go, with Scott leading out the sprint and taking a convincing win over Sunderland. Welsford won the bunch sprint to take third.

“It didn’t quite go to plan but we found ourselves in a pretty good situation at the end,” said Scott.

“So we changed things up a bit and I did what I needed to do to get the win.”

“Having Aidan there in the break helped, he did a great job to keep the pace on, give me a bit of recovery after my turns and to keep us out in front.”

Due to the extreme heat predicted in Victoria over the weekend, organizers today announced Saturday’s road race would be shortened to 92.8kms.

“For us the shortened course gives us a better chance, last year I struggled a bit with the distance,” said Scott.

“I’m really looking forward to the road race on Saturday, and seeing what we can do as we learn together as a team and progress our teamwork.”