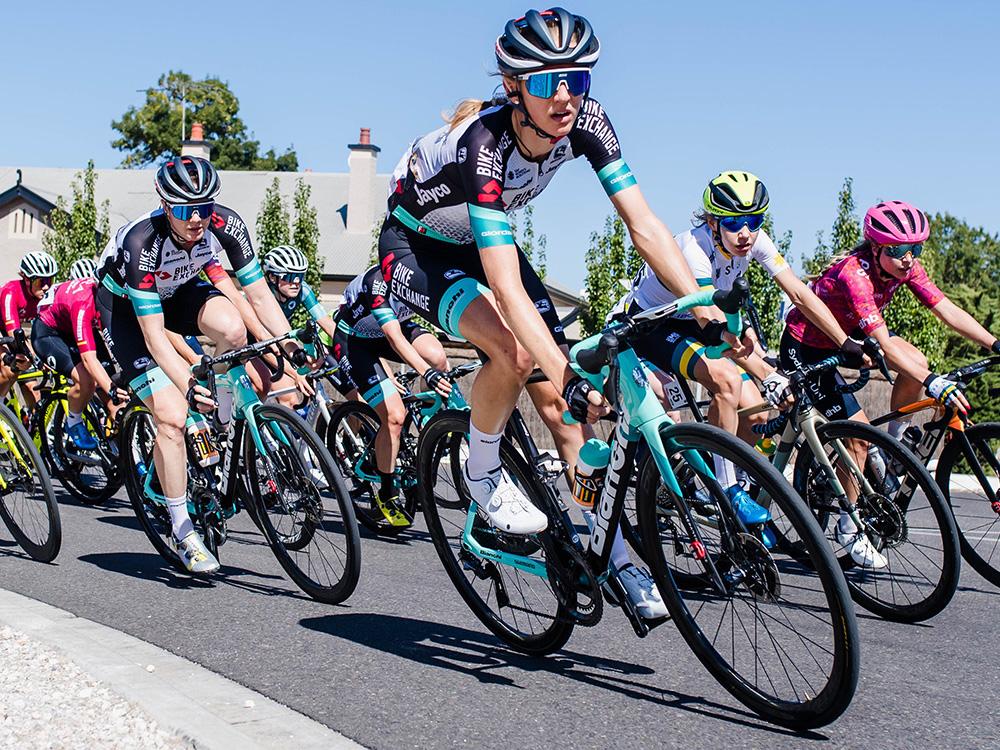 Australian Cycling Academy are excited to announce professional-cyclist Lucy Kennedy as their Women’s Development Lead for the 2022 season.

Currently riding for UCI Women’s World Team, Team BikeExchange the Australian Cycling Academy are thrilled to have Lucy back here on home soil mentoring their women’s team as she steps away from her professional cycling career.

Australian Cycling Academy CEO Matt Wilson was excited to announce the new addition to the coaching team this week.

“The ACA is very excited to announce Lucy Kennedy is joining the team in 2022 as the Women’s Development Lead,

Lucy not only brings a wealth of pro cycling experience at the highest level, but also shares our ethos; live, learn, ride, developing the athlete as a whole person. We very much look forward to her progression into this leadership role within the ACA.” Matt said.

During her four seasons of racing at the top of the sport she has proved herself has an excellent support rider for Team BikeExchange and is well-known as one of the strongest climbers in the world.

Lucy has two overall victories at the Women’s Herald Sun Tour and an overall victory at the Tour de l’Ardeche. She has also won Donostia San Sebastian Klasikoa and Durango-Durango Emakumeen Saria, along with finishing second overall at the Santos Women’s Tour Down Under, second in a stage at the Giro d’Italia Donne, and second at the Cadel Evans Great Ocean Road Race.

A real asset for the ARA Pro Racing Sunshine Coast riders as they embark on their journey to professional cycling.

“I am thrilled to be joining the Australian Cycling Academy in the role of Women’s Development Lead in 2022. The ACA is a unique program led by passionate people supporting a group of talented, aspiring Aussie riders.”

Lucy said she’s looking forward to the 2022 season and the opportunity to work with the ARA Pro Racing Sunshine Coast women’s team to achieve their goals.

“To be able to jump straight into this role as I end my professional riding career means that I can remain involved in cycling while taking my involvement in a new and exciting direction,

There is strong momentum in women’s cycling currently and I want to contribute to building that momentum at home in Australia. I can’t wait to start working with the ACA team and using my skills and experience to support the riders to achieve their individual and collective goals.”