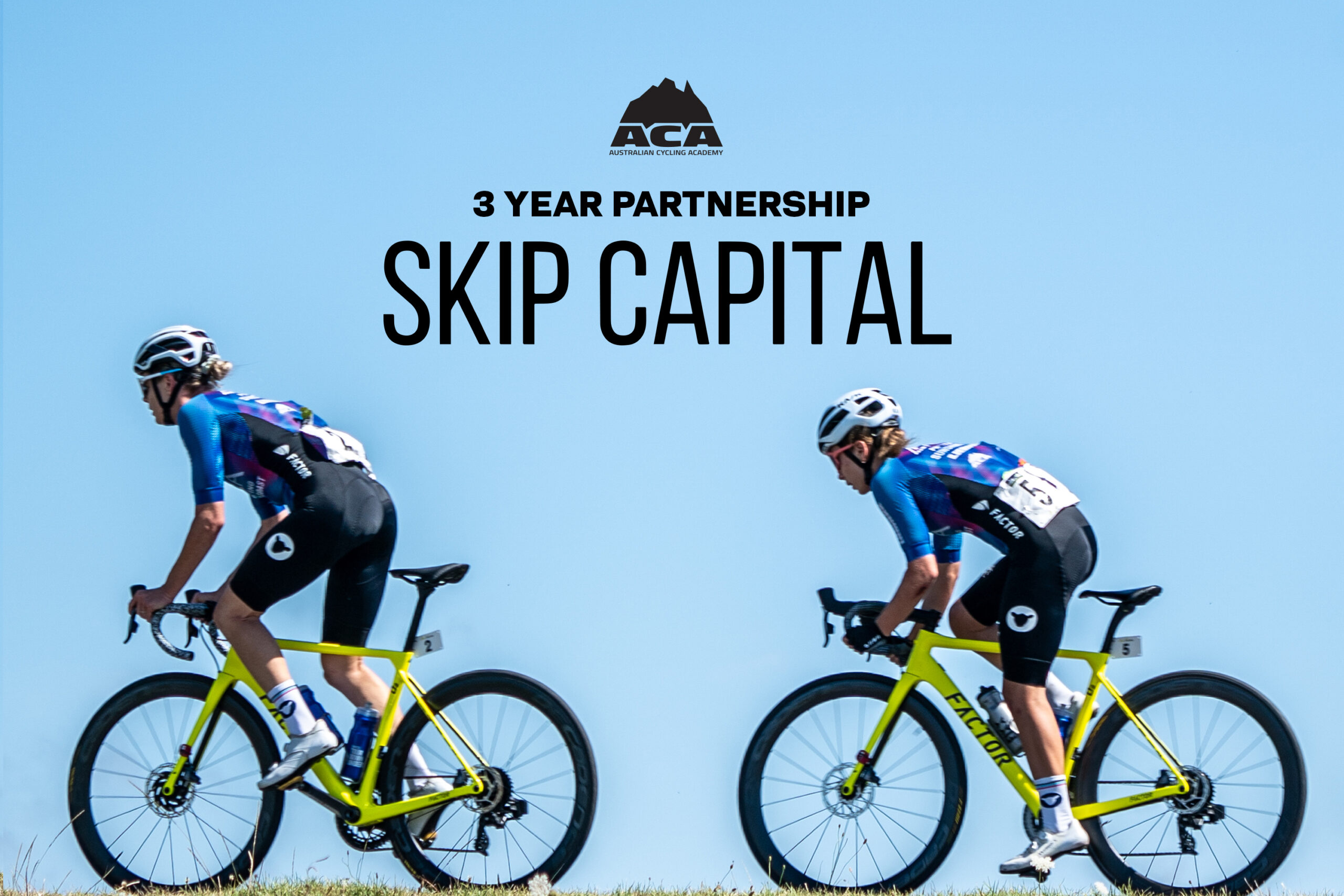 With the continued support of the ACA’s major sponsors, the partnership with Skip Capital boosts the team’s solid foundations, and their ability to create new opportunities for young Australian cyclists riding for the current ARA Pro Racing Sunshine Coast team.

Skip Capital founder and Atlassian co-founder Scott Farquhar said he was excited to be able to support developing cyclists in reaching their potential through the partnership.

“Cycling is a huge passion of mine, it’s part of who I am – so I’m incredibly excited to be part of Australia’s cycling community in a new way through this partnership with the Australian Cycling Academy.”

This year has been hugely successful for the ARA Pro Racing Sunshine Coast team, with three riders including Cameron Scott, Maeve Plouffe and Anya Louw signing professional contracts to join the European pro peloton in 2023, six golds medals at the Australian Championships, and currently leading the National Road Series for both men and women.

ACA CEO Matt Wilson thanked Skip Capital for their partnership commitment and reiterated the opportunities it would create.

“We are thrilled to announce this three-year partnership with Skip Capital and would like to sincerely thank Mr Farquhar for investing in our ACA values of “Live, Learn, Ride” and our commitment to developing young Australian cyclists.

“This partnership will allow us to further grow our program and create opportunities for the next generation of young athletes, we’re incredibly humbled to have their support.” Matt said.

After a difficult few years impacted by COVID, Matt thanked each of their partners for their commitment to ACA vision.

“Thanks to the ongoing support of our major sponsors, we have emerged out of a really difficult period with an even stronger program. We’re incredibly grateful for the 3-year renewal from our presenting partners the ARA Group, and the steadfast support of our foundation partners, Sunshine Coast Regional Council and University of the Sunshine Coast.

The team is back racing internationally and we’re excited about the future, particularly with the Brisbane 2032 road cycling program to be hosted on the Sunshine Coast.”