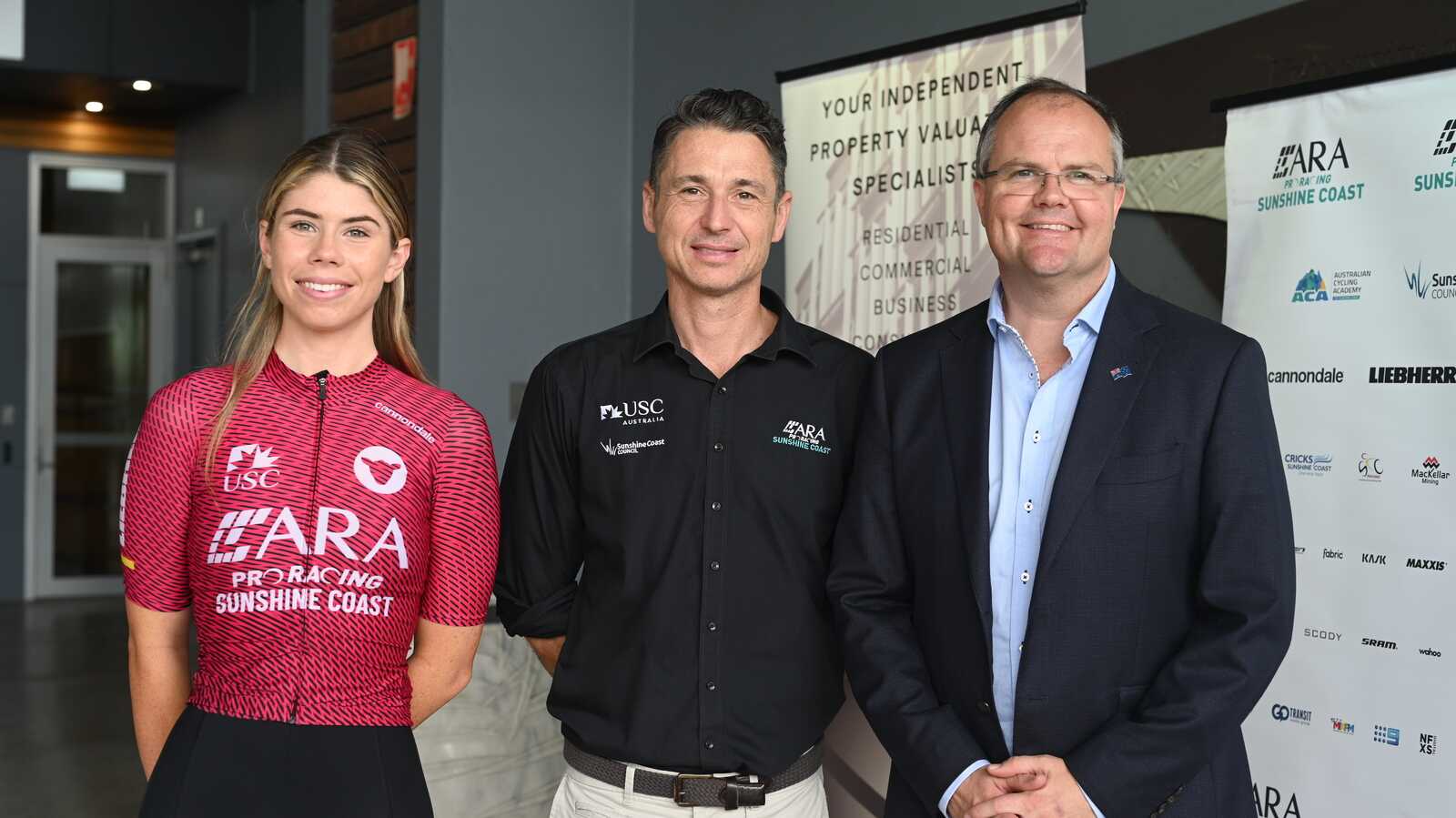 In partnership with the University of the Sunshine Coast and Sunshine Coast Council, and with funding support from the Australian Government, the three-day Cycle Sunshine Coast tour will see some of the country’s top cyclists flood the Coast for the first time for the National Road Series.

Alongside the elite events the festival will be home to the Cycle Sunshine Coast Corporate Cup fundraising for a Compass Assistance Dog and a free community ride showcasing our brand new bike paths across the Coast departing from USC. The community ride is supported by the Queensland Governments Cycle Network Local Governments Grants Program.

This week the Australian Cycling Academy were also thrilled to accept significant financial support from the Australian Government by way of a $75,000 grant, announced by Member for Fairfax Ted O’Brien.

The funding was secured through the Building Better Regions Fund which delivers on the Australian Government’s commitment to create jobs, drive economic growth and build stronger regional communities.

“We are thrilled to accept support from the Federal Government’s Building Better Regions Fund for Sunshine Coast over the next 3 years. This funding has been critical in providing us with the building blocks to grow with this major event for the region in confidence during these difficult times.” Mr Wilson said.

“I would also like to also thank the Sunshine Coast Council for their support and belief in this project and the USC for coming on board as the presenting partner of the event!

“With the announcement of the 2032 Olympic Games here on our doorstep, this event will be an amazing opportunity to showcase our region in the lead up to the games putting the region on the world high-performance map.”

Federal Member for Fairfax and Special Envoy for the Olympic and Paralympic Games, Ted O’Brien said the event comes close to a decade before the beginning of the 2032 Games where the world will watch the Olympic Cycling Event take place on the Sunshine Coast.

“In a decade’s time, the world’s best cyclists will descend on the Sunshine Coast and tread the same roads that our Cycle Sunshine Coast riders will this December,” Mr O’Brien said.

“Cycling is one of the ways we will showcase our beautiful region to the world and this event is a timely reminder of the importance of supporting sporting organisations at local, state and federal levels.

USC Vice-Chancellor and President Professor Helen Bartlett said the University was proud to sponsor the cycling festival, which will be the first of its kind for the region.

Professor Bartlett said the event would help promote the Sunshine Coast to the rest of Australia and build interest in the region hosting the road cycling events of the 2032 Olympic Games.

“Our support of this festival is another example of USC’s strong, successful relationship with the Australian Cycling Academy, which has its headquarters on campus at Sippy Downs,” she said.

“The festival offers events for the elite rider through to mass participation community rides, with courses spread throughout our picturesque region. This fantastic variety will mean there’s something for everyone to enjoy throughout the event,” Cr O’Pray said.